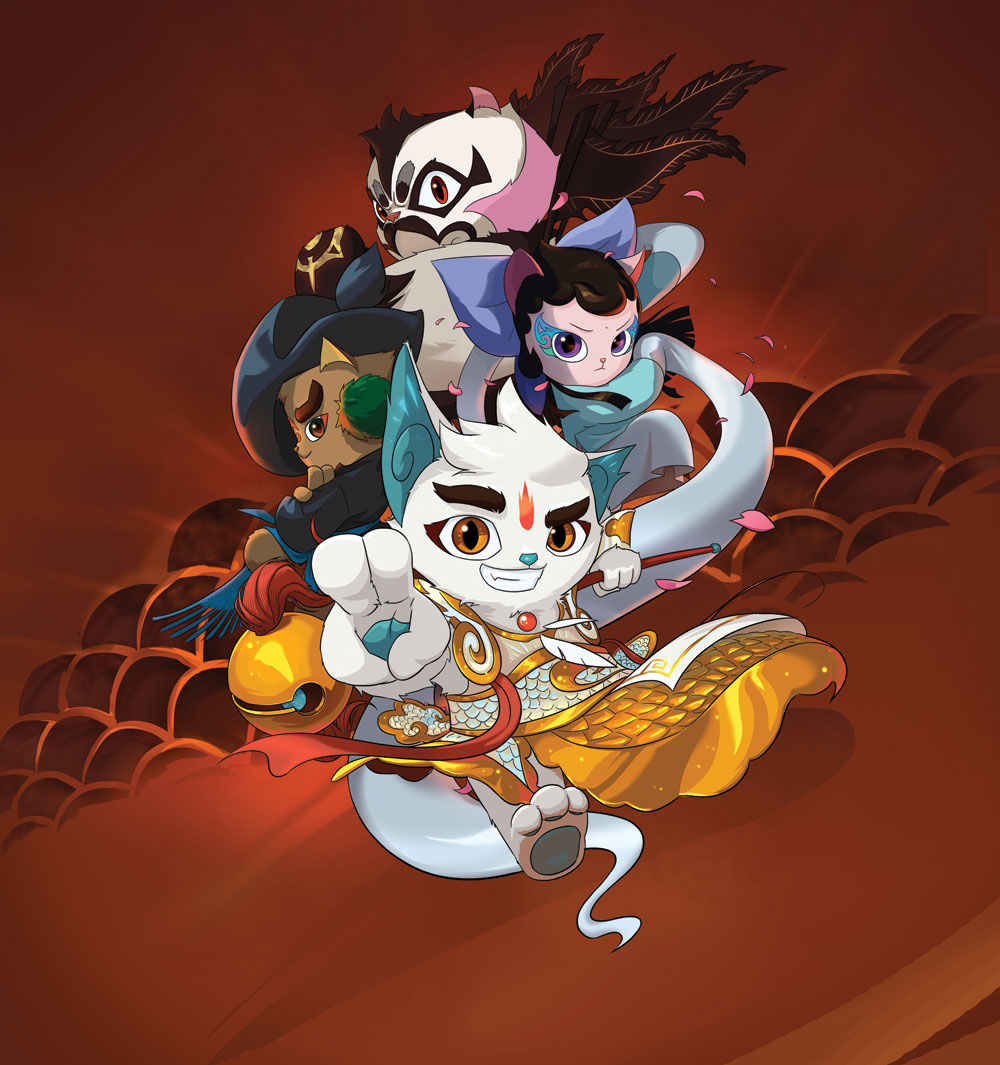 SMG is one of China’s largest media companies and its kids and family division, Toonmax, is heading to Cannes with a new action comedy.

The series follows a quartet of characters living in a fictional kingdom called Per-Petua. Orphan Lil’Pai teams with the last three remaining survivors of the Opera Cat warrior clan, who perform their favourite opera numbers by night, and the team proceed to battle the Dark Lord An and his army of mutant monsters.

In late 2011, fledgling Beijing-based prodco Dazzling Star brought the project to Toonmax, which, suitably impressed, funded the 40x22mins series. In China it will air on the Toonmax channel – Toonmax also operates the HaHaTV and Animation Showdown channels – with the first episodes delivering at end-2014.

Toonmax recruited former Nickelodeon executive Alex Chien to make sure the script and project are suitable for the international market and former PGS exec Justine Bannister to help with the international roll out.

In an era when kids TV shows invariably have numerous international partners, this is based on a picture book by Xiong Liang and is an all-Chinese affair.

In a crowded market, the Chinese heritage is a selling point, adds Chien: “The originality of the Beijing Opera and its amazing costumes and make-up provide an undeniable Chinese flavour to the show. We believe that kung fu fever and kids’ love of fun and adventure will carry our Beijing Opera Cats worldwide.”

International buyers will get a first look at the Flash-animated show at MIPJunior with a full episode ready later in the year. Chien is confident the show, which targets 6-to-10s, can cut through the clutter.

She says: “The title alone stands out as completely original and the concept has not been seen before in animation. We understand that the competition is tough but few series embody a mix of humour and action adventure for this age group.”

Toonmax says talks are already underway for an online game based on the property.