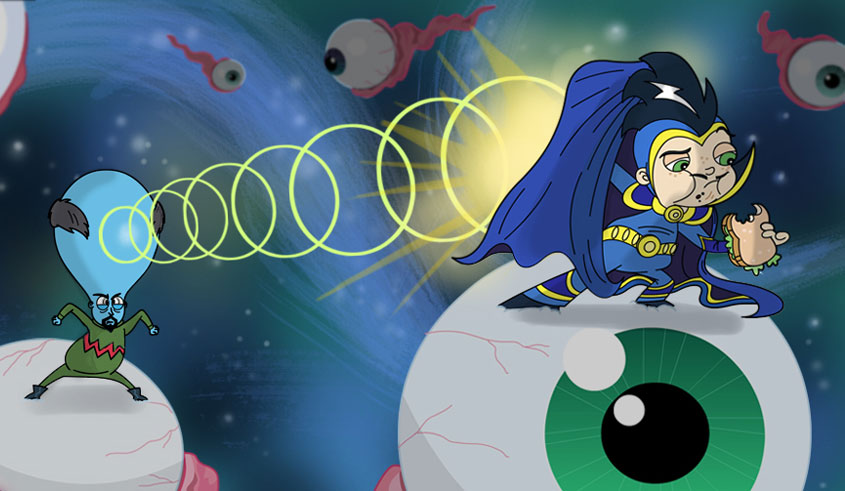 Dr. Dimensionpants is based on an idea from Canadian film director Brad Peynton (Cats & Dogs 2: Revenge of Kitty Galore).

The emphasis is, producer DHX says, on the comedy in the action comedy toon. It tells the story of an everyday child, Kyle, who by chance finds a pair of ‘Dimensionpants’ – cosmic trousers that give him special powers.

With the help of his talking unicorn mentor he must then learn how to use these superhero powers and save the world.

Unusually, the show does not have a raft of copro partners, with DHX making it following a commission from Canadian kids broadcaster Teletoon.

It was originally a Cookie Jar show in development for Teletoon, and landed with DHX following its acquisition of its production counterpart last year. DHX then put it through its Vancouver studio, allowing production to start earlier this year. The first instalments of the 26x30mins series deliver in early 2014.

“We reworked elements of the show to allow the writers to bring out the funny,” explains Josh Scherba, senior VP, distribution at DHX. “That meant a longer pre-production process of about three months as there was a full overhaul of the creative.”

With its male leads, the show skews boy and is aimed at 6 to 11s. Scherba says that it will tap into an ongoing demand for comedy.

The concept: Comedy action series about a boy and his unicorn mentor