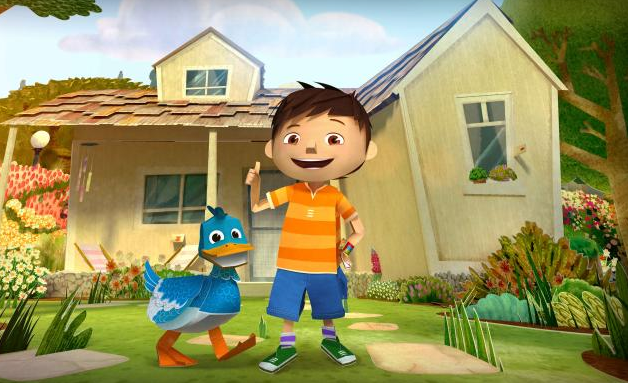 Israel has emerged as one of the most influential TV content-creating hubs in the world, but the country’s creatives are better known for making the shows that led to gritty dramas Homeland and In Treatment than preschool-friendly fare.

Zack & Quack could go some way to correcting that, with the CGI kids series soon to debut on Nickelodeon in the US and internationally.

Its creator Gilli Dolev pitched the idea to Nigel Pickard, CEO, Middle East, Europe, Australia and UK at Zodiak Kids & Family at a MIPCOM speed-pitching session four years ago. Until then Dolev’s calling card had been festival short The Happy Duckling. “It was the best thing I had seen all year; it was distinctive and the characters were great,” recalls Pickard who then beat off competition to buy in to what was then called Quick Quack Duck.

Renamed Zack & Quack, which was felt gave a better feel of what the show was about than its original title, the show was set up as a copro between Zodiak-owned producer The Foundation and Dolev’s Israel-based QQD. Korean studio High 1 is on animation duty.

“The look and feel was developed from that pitching session, but the core notion of the interactive adventures of Zack and his pet duck is still there,” Pickard says.

The 52x11mins show follows Zack and his titular duck sidekick. They live in a pop-up book where they and their paper-folded friends proceed through adventures, always aiming to get home before the last page.

Although set in a book, the show is not based on a pre-existing publishing property, but several publishers are now vying for book rights.

Pickard says it is the show he is proudest of in his time at Zodiak. With Nickelodeon on board in the US and internationally, the focus for the Zodiak team at MIPJunior and MIPCOM is free-TV sales and opportunities in the territories in which Nick does not have rights.

The first episodes will deliver to the pay channel in September and buyers can see the first instalments in Cannes.

The broadcaster: Nickelodeon (US, international)

The concept: Preschool CGI series from Israel about a boy and his duck and their adventures in a pop-up, paper-folding world