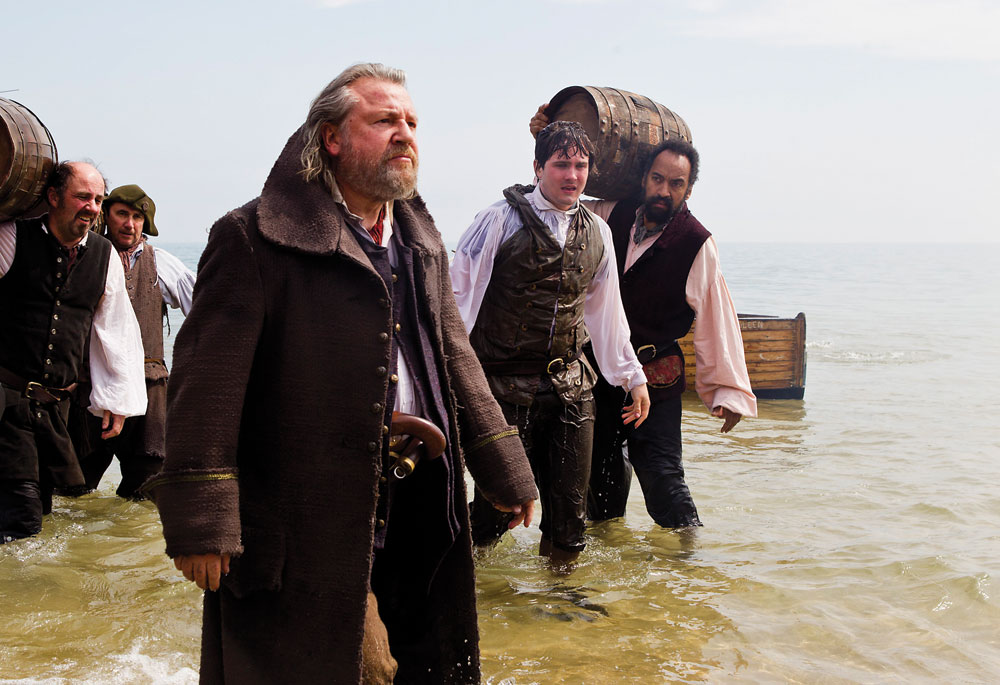 There’s no shortage of pirate-themed projects hitting the market this year, but perhaps only one featuring smugglers, as Dan McCulloch, producer on Moonfleet notes: “The key in this isn’t a pirate story; it’s a smuggler story in the same vein as Indiana Jones. Its about the call to adventure.”

Moonfleet is a reinvention of J. Meade Falkner’s 1898 novel of the same name and follows a young Dorset boy’s adventure with a gang of smugglers as they try to find Blackbeard’s fabled diamond treasure.

The two-part miniseries is another result of BSkyB’s major push into originally-produced British content, and an example of the level of ambition the satcaster has.

“Sky wanted it to be movie scale and for it to be a boys’ adventure. They were unapologetic in the desire for big, bold drama,” explains McCulloch.

It’s also an example of how Sky is attempting to exploit that content on the global market, with its sales arm, Sky Vision, distributing the show instead of producer Company Pictures’ backer All3Media International.

“As a kid, Moonfleet had gotten Ashley into writing and he had therefore always harboured the desire to do it,” says McCulloch, who predicts the show will fill slots similar to Doctor Who’s 7pm Saturday slot on UK pubcaster BBC One.