Japanese premium pay TV broadcaster WOWOW has come on board its second coproduction and told TBI it plans to continue its international programming push. 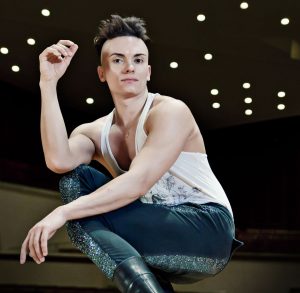 WOWOW has been a big buyer of US and international TV series and movies and its LA office is run by Kayo Washio.

She has put together a copro deal with Berlin based Boomtown Media and Sony Classical for the new copro, a feature on classical musician and ‘bad boy of the organ’ Cameron Carpenter.

Cameron Carpenter: The Rebirth of Majesty will follow the virtuoso musician with live concert and behind the scenes footage of Carpenter at work.

Washio will exec produce for WOWOW and said: “I admit I was not very familiar with pipe organ music when I first saw Cameron play on the internet, but my image of organ play was dramatically changed after watching him and I couldn’t take my eyes off the show – or stop listening. It is absolutely captivating.”

The doc is WOWOW’s second copro after it partnered with Arte, Rundfunk Berlin Brandenburg, Final Cut for Real and Les Films d’Ici on Cathedrals of Culture, a six part doc series from Wim Wenders. In the upcoming 3D series, filmmakers including Robert Redford use a particular building as a window into the culture of a given society.

Washio told TBI that she is looking for other copro projects for WOWOW and could ultimately move into scripted coproduction. “Drama [copros] are a possibility,” she noted. “But documentaries will be our first step.”