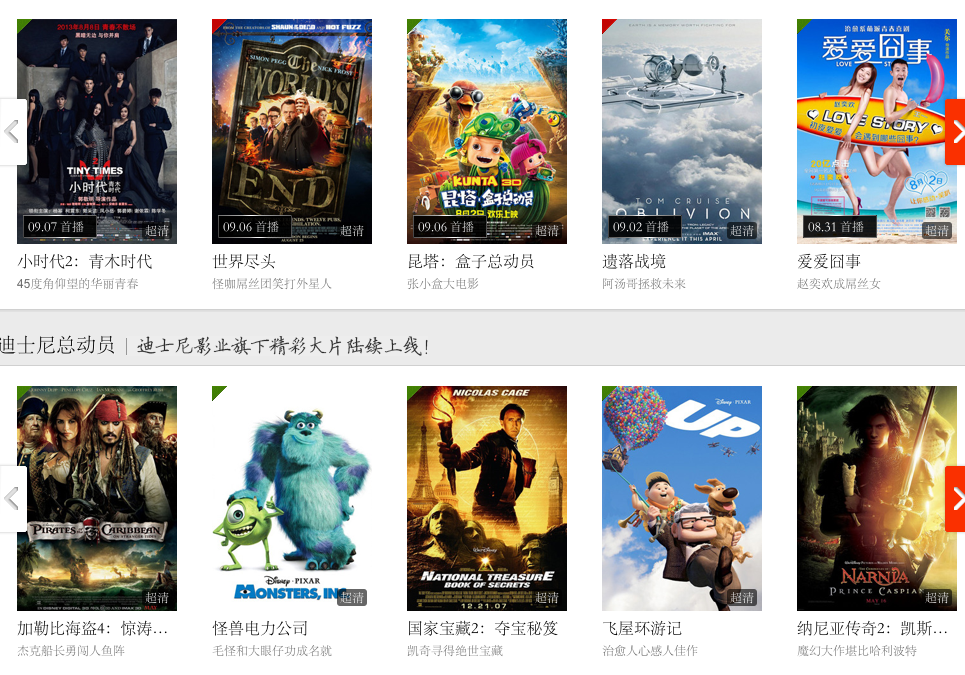 Tencent, a Netflix-style VOD service available across China, is now offering live-action and animated feature films from the Marvel Studios, Pixar Studios and Walt Disney Studios through its Hollywood VIP service (pictured), though the total number and names of the film were not disclosed. As of this morning, Pirates of the Caribbean; The Avengers; Monsters, Inc.; Kick Ass 2; Oblivion; and Up are available.

The deal brings the total number of movies available either via TVOD or SVOD to around 1,500.

“Our partnership with Warner Bros., Universal, Miramax, and Lionsgate has been a huge success, with hundreds of thousands of repeat customers enjoying millions of movies views on our film service since we launched the service,” said Sun Zhong Huai, VP, Tencent, who oversees the online video business.

“With its extensive user base and wide range of platforms and content, Tencent is ideally-placed to drive the growth of the Chinese digital distribution market and meet increasing consumer demand, supported by some of Hollywood’s biggest studios.”

“We’re excited to provide Tencent’s Hollywood VIP with the best of the Disney movie slate featuring a wide range of movies, and some of our best animated features and blockbuster films. Millions of Chinese online viewers can now see films from Disney, Pixar, and Marvel studios at home or on the go,” said Dai Hua, VP and managing director, Disney Channels and Disney Media Distribution Greater China.