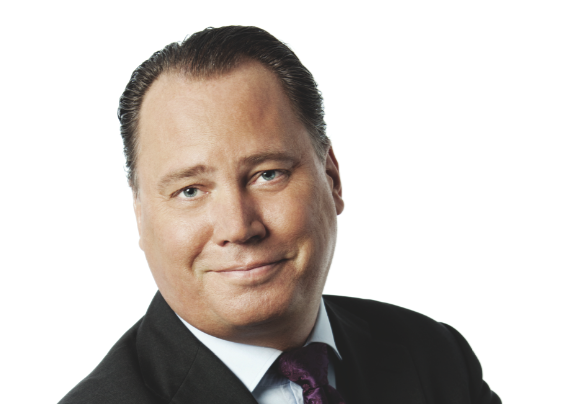 MTG rebranded Modern Studios and created MTG Studios two years ago with little fanfare. However, subsequent deals for Paprika Latino and Novemberfilm have helped put it on the map. TBI speaks to its CEO, Patrick Svensk, about creating a Scandinavian-owned Studio and to the people running its latest and most notable acquisition, UK-based distributor DRG.

When MTG Studios beat Sky and others to the punch with a £15 million (US$22.5 million) deal for DRG in June, the international TV business sat up and took note, moving, as it did, MTG
squarely into the international production and distribution business.

MTG operates 32 free-to-air channels in 10 countries and 73 pay TV networks in 36 countries and Svensk, adds: “Our strength is that we are in so many markets. Our weakness has been the language… until we bought DRG.”

In most territories, MTG is MTG Studios’ second or third largest client and Svensk wants to strike a balance, positioning the firm with both in-house and third party broadcast partners. “About 75% of Studio’s revenues come from clients outside MTG and we want to be seen as independent, but our ambition is also to take a large slice of MTG’s programme spend,” he says.

The deals for 53% of Paprika Latino, the CEE producer that started out in Romania,  in June 2012 and for Oslo-based Novemberfilm a year later left MTG Studios better positioned when it came to getting more of the programming cash of the channels operated by the wider MTG group. A management shake-up announced in August will mean MTG moving Kaspars Ozolins, CEO of its Baltic TV operations, to Paprika as head of operations as the producer moves into Estonia, Latvia and Lithuania.

Having pushed Paprika into the Baltics, Svensk says that there are more opportunities in the CEE region: “We think Paprika has an opportunity to become the producer in the CEE region and a bridge between west and east [Europe]. They are already doing a lot, but in another ten years they will be a really big production group.”

The MTG Studios chief talks about “being present where good content is being made” with Strix already set up in Holland, a market where Svensk says the company is “looking at opportunities”. In terms of being close to the heart of the English-language content market, the DRG deal was a game-changer.

“We acquired DRG because it was a strategic function we needed, to have a strong, independent distributor,” Svensk says. “Strix was a distributor, but not really of third-party content, and the network of creative, producer and rights-holder relationships that DRG has built over the years was the number one reason we bought them.”

Sceptical market-watchers questioned the quality and relevance of the DRG catalogue at the price the company fetched. Had the buyer been a pure sales and production business that scepticism may have been be well-founded, not least as DRG shed some rights during the sales process, but the numbers made sense to MTG in the wider context of MTG Studios’ development.

Svensk knows the super indie scene well, having been at Zodiak in various roles. After a wave of consolidation led by the likes of RDF (and then Zodiak), All3Media, Endemol and Eyeworks, the stage is, he says, now set for the broadcaster-affiliated production and distribution groups to drive the deal flow.

“The M&A space is much calmer than ten years ago,” he says. “There are not as many indie producers to acquire, especially in the UK, and I think as new ones come along they will take longer to be successful. Meanwhile, the super indies won’t be as aggressive as they used to be in the old days, which leaves room for media verticals like ITV, FremantleMedia and us.”

Svensk adds: “In some ways ITV is the role model for what we are doing now. They have changed from a UK free-to-air broadcaster to a global content company with a strong online presence. My job is to achieve some of what ITV has done.”

Strix’s distribution arm has been subsumed into DRG, which will retain its brand. Paprika and Strix formats are now part of the DRG catalogue, where they are not tied up by pre-existing deals as is the case with Paprika’s top format Fish on the Cake, which is sold by Red Arrow.

The company also wants to add to its fact-ent heavy catalogue of programming with drama shows and three large MTG Studios projects are about to be greenlit in Sweden. It is also looking at shooting English-language pilots in Europe using its production facilities in the Baltics and elsewhere, but London-based DRG is clearly the company’s major route into that English-language market.

Svensk says: “The UK and US markets are obviously the most important in terms of English-speaking content creation and we’re working with DRG to understand the best way to be involved there. That could mean more investment in developing and co-developing ideas with outside producers or more spent on advances and minimum guarantees, or that we invest in companies direct, to give them the capital to expand. There are several possible models.”

There are, effectively, two divisions within MTG Studios, with one working with external producers in the UK and US and run by Andrea Jackson and another working with internally-owned producers and run by former Strix International boss Jonas Linnander-Manfred.

With the DRG deal done, the next chapter in the MTG Studios story will not involve any UK or US acquisitions, aside, possibly, from some catalogue deals. However, the mainland European production base of Paprika, Strix and, since June, Norwegian producer Novemberfilm could be added to, with the Netherlands and Benelux the areas of focus. “If there are more deals in the next three-to-nine months they will be in continental Europe,” Svensk says. “The UK/US focus is on building the platform and network of producer contacts that DRG has.”

There is also the possibility of adding a digital content business. Svesnk says: “Our
producers do not have the greatest expertise in digital-born products and they require different skills to those most TV producers have, so you might see us adding brand assets in that space.”

The blueprint for what MTG Studios should be and how it should get there took six months for Svensk and former MTG CEO Hans-Holger Albrecht to hammer out, but it was cast into question when Albrecht left to run telco Millicom last September.

However, new boss Jørgen Madsen is backing the Studios business, Svensk says: “Jørgen has been backing the plans from day one. He’s more of a content guy than Hans-Holger and has produced sporting events; he’s from the storytelling side of the MTG business.”

DRG LOOKS FOR A NEW KIND OF DRAMA

The £15 million Modern Times Group paid for UK distributor DRG has more meaning than just new ownership for Jeremy Fox. “It means we’re never going to be for sale again,” he tells TBI. 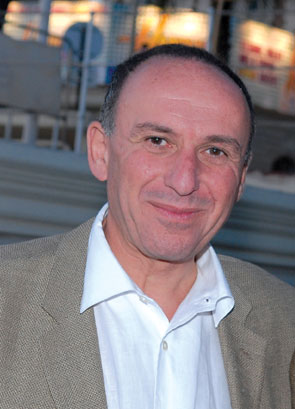 IMAC’s clout gave DRG the finance for company acquisitions and distribution of shows such including The Inbetweeners and Doc Martin, but private equity business models mean an exit was always part of the plan. As Fox puts it: “This company had been for sale since the day it started.”

Fox had exited his CEO role at the company in September last year when the news IMAC was seeking buyers first surfaced in the trade press, and Jonathan Jackson took over as managing director, ostensibly to lead a sales process. About a dozen companies kicked the DRG tires but in the end the Modern Times Group’s offer won out and terms were agreed.

Now, with the deal completed, that chapter of the story is over. Fox has returned as chief exec and his London-based team can look forward to a secure future.

Unscripted programming will remain a key pillar of DRG’s sales business, and the firm’s managing director, acquisitions, Andrea Jackson, says MTG provides a good fit. “One thing we’re both very good at doing is not leaving anything on the table when it comes to exploiting a set of rights. “We’ve got very good track records in cross-pollinating,” she says.

Jackson points to the recent sale of the Canadian version of comedy-science format Never Ever Do This at Home to NRK – the broadcaster where the format originates from – as an example.
“The whole thing has come full circle and there is something wonderful about seeing an idea remade in different countries end up imported back into the country from where it came,” she says.

DRG has also assimilated the Strix International catalogue, which comprises about 38 formats, and at MIPCOM will give “big promotion” to the more “under-exposed” titles, Fox says. Strix
programmes will make up around 20-25% of the DRG catalogue. Unscripted formats will inevitably be the mainstay of the business but there is also be a renewed focus on drama
development. This initially began in 2011 when DRG asked Anke Stoll to identify new projects for the international market and acquire the rights.

The process sees DRG do the initial development before bringing on a production company to create a series. DRG then takes the project to the international market. “We have to make sure that the drama we get will sell on the international market but because we’re not producers, and we never will be, we need to make things happen. If we just sat here and waited for dramas to be produced so we could bid for them we’d do one a year,” says Fox.

DRG has just brought on an American prodco to produce an unnamed series from a UK writer set in Sweden, it is understood.

This all comes as the US scripted market is growing  exponentially – a “sea change akin to when Big Brother opened up the formats market,” is how Fox describes it. “An agent told me that two years ago only half a dozen broadcasters were doing scripted drama and that now that
number is 47, and there will be 50 by the time people read this,” says Fox, predicting even the likes of news net CNN and gameshow channel GSN will eventually get in on the act.

Cable offers opportunity to independent distributors like DRG because many of the new channels commissioning scripted shows are separate to the vertically-integrated studio system that sees the likes of Disney, NBC, CBS and Fox swallow up rights, Fox claims.

“These new channels will not want to go through the expensive development process and will look to foreign partners,” he adds. “They don’t often have their own distribution, and if they do, it’s for distribution of non-scripted. Therefore, an independent distributor that’s experimenting with drama development while keeping the rights has a great opportunity.”