Scripps Networks Interactive’s operating division president John Lansing is retiring after nine years in the role, with company veteran Burton Jablin lined up to replace him. 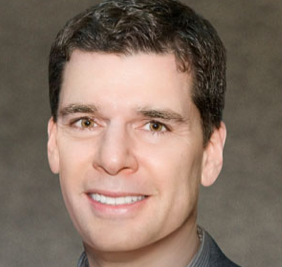 Jablin (left) is currently SNI’s president, home category, which houses channels such as HGTV. He will be replaced in that role by Kathleen Finch, who is currently senior VP and general manager of HGTV and DIY Network.

Lansing is taking early retirement in order to explore “new entrepreneurial adventures and to stretch into new areas of interest” after “several months” of considering his options, he said.

“To that end, I have decided the time is now right for me to take an early retirement option so that I can begin to prepare for that next chapter,” added Lansing.

His replacement, Jablin, who has been with SNI for 19 years, will be responsible for overseeing the company’s complete portfolio of television networks, digital content businesses and other operations.

“John had a direct hand in guiding the orderly succession in leadership at the company, first by establishing an outstanding team that included Burton Jablin and Kathleen Finch as the motivating forces behind the success of our home category businesses, and second by recognising their potential and capacity to take on these vitally important, expanded roles,” said Kenneth W. Lowe, chairman, president and chief executive officer of Scripps Networks Interactive.

“In Burton Jablin and Kathleen Finch, we have two of the industry’s most talented programming executives ready and able to assume leadership and build on the unprecedented success that John Lansing and the entire team at Scripps Networks has helped this company achieve.”

During Lansing’s tenure, total annual revenues generated by the company’s lifestyle media business tripled from US$724 million in 2004 to US$2.3 billion in 2012.

Jablin added: “We are, at our core, a lifestyle content company with powerful brands that are highly valued by media consumers, advertisers and content distributors. Our objective going forward is to continue the company’s uninterrupted track record of growth and to serve our many fans and customers wherever and whenever they want.”