I’m Mita, Your Housekeeper, one of Japan’s largest rating scripted series of past years, is getting a South Korean remake that launches this month. 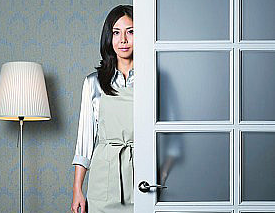 The show, which took shares of more than 40% on Nippon Television in 2011 to make the highest rated drama since 2000, will be launched as a 20x70mins series in Korea on public broadcaster Seoul Broadcasting System on September 23. It will broadcast twice a week in primetime an be known as The Suspicious Housekeeper.

Korean actress Choi Ji-Woo will play the titular Mita character, who is cold and detached housekeeper suffering from the trauma of losing her father, husband and child that eventually makes an emotional connection with the child of the family she works for.

“We at NTV are honored that SBS is remaking I’m Mita, Your Housekeeper, our award-winning drama whose last episode broke records with a 40% viewer rating. It is our hope that the South Korean remake enjoys the same success as our original drama,” said NTV in a statement.