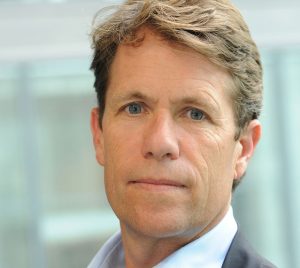 Blair (left) and Jim Brehm have both been promoted to executive VP, Warner Bros. International Television Distribution. They will help develop WBITVD’s overall strategy and sales efforts outside the US.

Blair has been with Warner for 15 years and was previously senior VP, Northern Europe, Middle East and Africa. He has also held roles at PolyGram Filmed Entertainment.

Fellow industry veteran exec Brehm has been in the business for 25 years, most recently as WBITD’s senior VP, sales, Canada, Asia Pacific and Latin America. He joined Warner from Disney ABC International Television and had a 17 year stint at Paramount Pictures Worldwide TV Distribution.

“They are responsible for some of the largest and most innovative deals we have done internationally, as well as having incredible client relationships. I am confident that together with our existing team of talented sales executive around the world we can continue to design new and innovative ways to license our programming internationally and grow our business.”

The appointments come after Warner Bros. CEO Kevin Tsujihara unveiled his first top-level team since taking on the top job earlier this year, with Schlesinger among those taking on expanded roles.