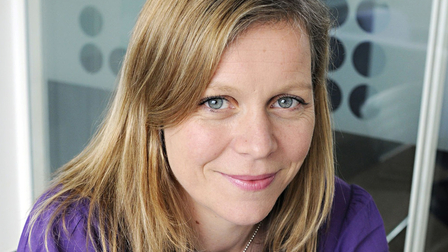 A Richard Curtis adaptation of Roald Dahl’s Esio Trot starring Dustin Hoffman and Judi Dench is headed for UK terrestrial BBC One, a move that comes as new channel controller Charlotte Moore moves the network toward a schedule based around storytelling.

Esio Trot will be a single film from Endor Productions for BBC One targeted at families, and represents one of three new commissions from Moore, who took on the BBC One controller role after a period acting in the role earlier this year. Love Actually writer Curtis is working with Paul Mayhew-Archer on the show, which Hilary Bevan Jones produces. Endor owner Red Arrow has international distribution rights.

The other shows are drama Ordinary Lies, which comes from writer Danny Brocklehurst and will be produced by Red Production Company, and is follows characters in a car show room whose lives spin out of control; and factual series Talk to the Animals, in which new talent Lucy Cooke takes an in-depth look at animal communication. FremantleMedia-owned Boundless is producing.

Factual specialist Moore, who was previously the BBC’s commissioning editor documentaries, told delegates at the Edinburgh International Television Festival she wanted to use techniques of storytelling from different genres to create “new, exciting programmes”, for example, using elements of drama in factual shows.

“I’ve inherited the channel in a great place, 2012 was a record-breaking year for BBC One and it remains Britain’s most-watched channel so far this year, with by far the biggest reach of any other. My focus is to build on that success and ensure BBC One remains the nation’s favourite.

“My vision for BBC One is all about storytelling. Under my leadership, I want to bring warm-hearted storytelling that celebrates the richness and complexities of life in new and surprising ways. I intend to look under the bonnet of every genre to make sure we are bringing audiences distinctive, innovative and pioneering television.”