NBCUniversal-owned US cable net Syfy has launched an app allowing viewers to watch shows a day after their TV transmission. 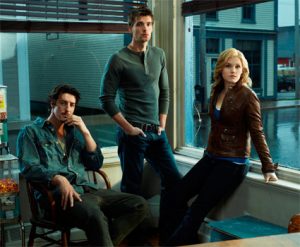 NBCU said that its other cable networks will also launch branded catch-up apps soon. A Bravo app has already rolled out.

The Syfy Now app is for Apple devices and downloadable through the App Store.

Authenticated viewers can stream full episodes of shows including Haven (pictured) and Defiance as well as Syfy unscripted series including Haunted Highway and Paranormal Witness. There will also be bonus short form content from the shows, which can be viewed on any iOS device.

“Syfy’s audience of tech-savvy ‘Igniters’ are among the very first to find new and more immersive ways to access and consume their favourite Syfy programs,” said Dave Howe, president, Syfy and Chiller. “Syfy Now will deliver the kind of experience our smart and trend-setting viewers are looking for from us.”