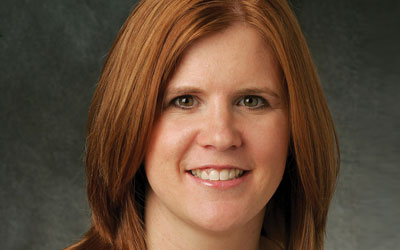 Gaumont has hired a trio of executives for its international TV division.

Carol Trussel has been hired as head of production, Adam Fishbach as senior VP of creative affairs and Mary Carol Bulger director of production administration.

The trio will be based at Gaumont International Television in LA, which is run by CEO, Katie O’Connell (pictured).

She has produced US pilots and series including Roswell, True Blood and GIT’s NBC series Hannibal. In her new role she will run production on Hannibal and Netflix horror drama Hemlock Grove as well as the upcoming TV version of Barbarella.

Fishbach joins GIT from Chris Morgan Productions, where he was vice president and helped develop and sell four shows last season, including Gang Related at Fox and Big Thunder, which was piloted at ABC. At GIT he will be responsible for new series development.

GIT has managed to get series away with the US broadcast and cable networks since its formation as the TV arm of the iconic French studio in 2011. Its drama series Hannibal has been reordered at NBC and it recently announced a straight-to-series deal with Fox.