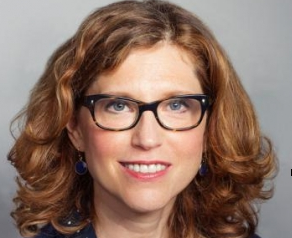 Cohn exited Nick in a major top level overhaul earlier this year and has now joined Jeffrey Katzenberg’s company to become its first ever head of television. Also joining is another former Nick exec, Mark Taylor, who will become head of television production.

Cohn will oversee production and development for DWA’s television efforts, a move that comes less than a year after the company acquired Classic Media for US$155 million and just months after it secured major agreements with Netflix and Super RTL.

Cohn will oversee a team responsible for development and production of 1,200 new original episodes over the next five years. This will include series based on DreamWorks’ current franchises, future films and “the most popular heritage” properties from Classic, which is now known as DreamWorks Classics.

“Having Margie join us to oversee our television efforts is an incredible coup for DreamWorks Animation. She is uniquely suited with the experience, skill and creativity to immediately dive in and oversee our aggressive expansion into this space,” said DreamWorks Animation COO Ann Daly. “Margie has tremendous instincts when it comes to kids’ programming, and we can’t wait to unleash her creative force on DreamWorks’ vast IP to bring exciting new content to families across the world.”

Cohn spent 26 years at Nick, most recently as president of content development before being ousted in April following the departure of long term colleague and former animation chief Browne Johnson. Cohn is credited with developing iCarly, Big Time Rush and Victorious, and more recently, animated titles including Avatar: the Last Airbender and Penguins of Madagascar.