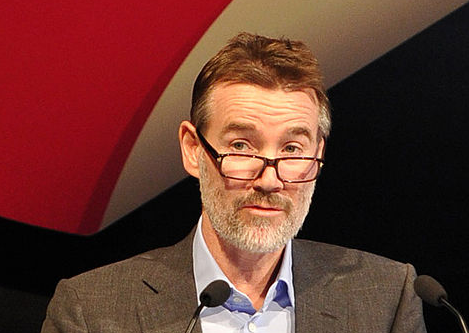 ITV has been among the most active major television company in terms of acquisitions since Crozier unveiled his five-year Transformation plan in 2010, and just last week bought UK indie Big Talk.

A recent report in the UK press claimed ITV was preparing a £90 million (US$138 million) move for Nice but Crozier yesterday said the broadcaster was “not looking” at more acquisitions in Scandinavia at the moment. The firm already operates ITV Studios Nordic in the region following previous deals for Norway’s Mediacircus and Finland’s Tarintalo.

Crozier predicted full year revenue for ITVS, online, pay and interactive would all be up “double digit”.

Overall company profit before interest, taxation and amortisation was up 11% to £291 million, with ITVS contributing £63 million, a figure up 26% YOY. Broadcast and online earnings were also up 7% to £228 million.

ITVS is also on track to deliver £20 million in planned cost savings, while company net debt stands at £52 million as the result of the acquisitions spree.

“We’re making good progress with our strategy of growing and rebalancing the business as we build new revenue streams  and improve margins. In the first six months of the year, ITV continued to increase group profits and revenues despite the expected fall in our H1 advertising revenues,” said Crozier.

On ITVS, he added: “We’re showing real momentum in our strategy of creating a robust international content business and in building substantial strength and scale in the US market.”

Crozier claimed ITVS America’s growth now meant it was now among the top five production entities in the US, and is on course to deliver 64 shows comprising 899 hours to 34 broadcasters this year.

The total cost of ITVS acquisitions in the first half of this year, which include UK company The Garden and US firms High Noon Entertainment and Thinkfactory Media, was £53 million.

Organic revenue growth at ITVS was up 5%.