Kent to step down as Turner CEO, Martin takes role

Phil Kent will end his 12-year tenure as CEO of Turner Broadcasting in January when Time Warner CFO John Martin replaces him. 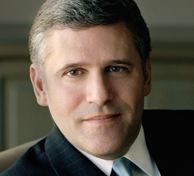 Kent (left) announced the news to staff in an internal memo this morning, revealing he would not seek another contract beyond his current one.

As of January 1, 2014, Martin (below) will step into the chief exec role, reporting to Time Warner CEO Jeff Bewkes. Kent will remain as chairman for a transition period thereafter.

The news the second major change at the top of Turner in 18 months, with Gerhard Zeiler coming in to run the international division in February 2012. After former EMEA chief Jeff Kupsky exited soon after, Zeiler initiated an ongoing review of the business in that region and Asia Pacific that has resulted in large scale job losses.

Commenting on Kent’s departure, Bewkes said: “Phil Kent’s exceptional leadership at Turner has driven much of Time Warner’s recent success. For the past decade, he has expertly guided the Turner networks through a period of rapid change, all the while building on each network’s leading position with viewers and advertisers and forging stronger relationships with distributors. At Phil’s initiation, he and I agreed that now is the right time to announce the next generation of leadership, and I am pleased that he will serve as chairman.”

Bewkes also called Martin “one of the most capable and strategically-minded executives I know”. 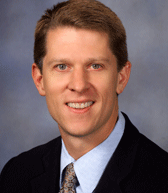 “As CFO, he led the design and implementation of our financial strategy that has helped Time Warner deliver superior shareholder returns. But he is also a broad and thoughtful business thinker whose inclusive management style and focus on driving the business forward will fit well with the Turner tradition. I have great confidence he will build on the success Phil has achieved to take Turner to even greater heights,” he added.

Kent’s time at the top of the Turner tree has been characterised by international growth, with channels such as Cartoon Network, Boomerang, TCM and others launching around the world. Cartoon Network also grew in the US, and other chanels such as truTV and TNT getting heavily into original content.

Martin currently oversees parent Time Warner’s finance, accounting and mergers and acquisitions activities among other duties. Before assuming the role in 2008, he was CFO for Time Warner Cable.

“I’m the beneficiary of Phil’s exemplary leadership, and it will be a privilege to work with Phil and all the dedicated and talented people at Turner. The company is home to some of the best brands in media, and is known for its innovative culture and focus on delivering programming that audiences love and count on. I look forward to working more closely with everyone at Turner to create more opportunities for consumers, advertisers and our distribution partners,” he said.

His replacement at Time Warner will be announced in coming weeks.