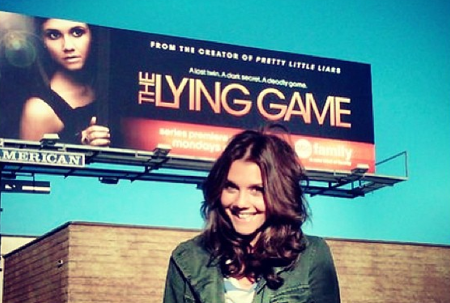 Goode, who was most recently working as an in-house executive producer at game show channel GSN through an overall development deal, will now be responsible for all ABC Family scripted series as VP, original programming.

Her appointment comes as the star of scripted series The Lying Game Alexandra Chandos revealed in a tweet that ABC Family had ended the show after two seasons (pictured).

“We are most fortunate to have Kelly join our team. Her insights, expertise and ability to foster great relationships will help guide our current slate of hit originals into their next stage of growth and continue to shepherd our successful programming strategy,” said Juergens.

Will at GSN, Goode was behind series such as Baggage and The American Bible Challenge.