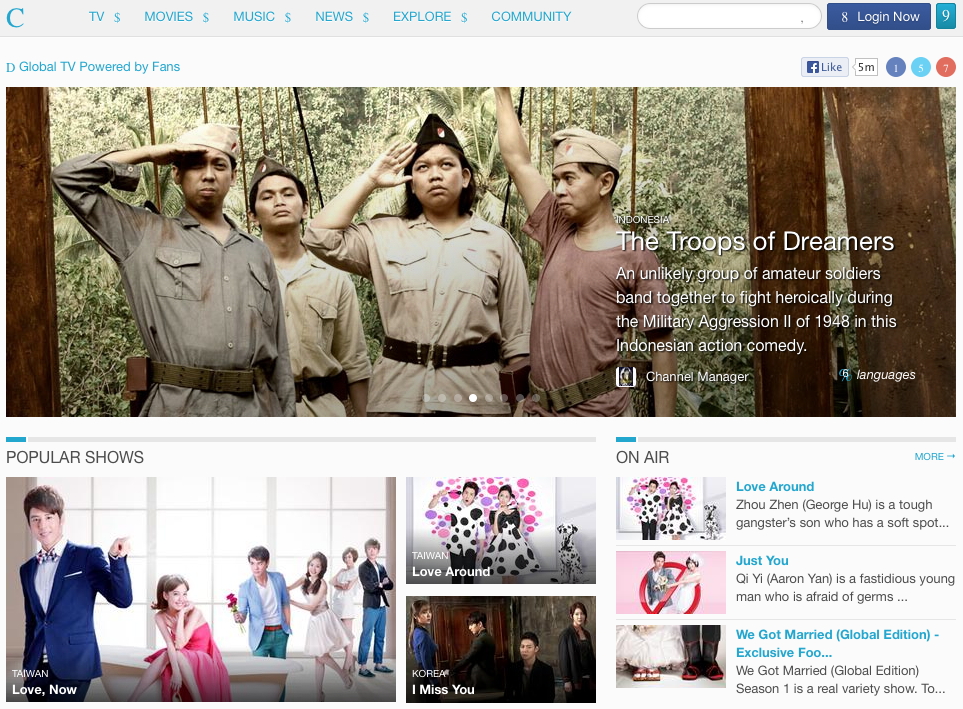 Viki has launched a Spanish-language service and inked a telenovela deal with Netflix and Colombia’s Caracol.

Viki is a an online video site that crowd sources subtitling activity to create localised versions of scripted content. Thus far the focus has largely been on reversioning Asian-originated content.

The Spanish language service is focused on viewers in Latin America. Viewership from the region already accounts for 25% of Viki viewing and Spanish is the second most popular language for Viki content after English.

As part of the Latin and Spanish-language drive Viki has inked two new content deals. It has expanded a deal with Netflix and taken rights to a range of Asian TV shows and movies, which the Viki community will subtitle for viewers in Latin America.

It has also inked a deal with the commercial arm of Colombian network Caracol and Venevision, its counterpart in Venezuela.

Those agreements give Viki a range of telenovelas for the Latin and international services with titles including Eva Luna, La Promesa, Pablo Escobar: The Drug Lord and Made in Cartegena.

“We are very excited about this negotiation with Viki because it allows us to continue our global strategy of sharing innovative content without borders,” said Estefanía Arteaga, international sales for Caracol TV.

“In this way, Caracol Television will continue to reach audiences around the world in non-traditional markets through the diverse platforms available today,” added Lisette Osorio, VP of international sales.

“Our goal has always been to bring global TV to global audiences,” said Tammy H. Nam, Viki’s CMO and general manager, Americas. “More than ninety percent of our Latin American viewers come to Viki to watch top International TV shows and movies, which they can’t easily access elsewhere. Now, we’re able to introduce telenovelas to much of the world.”

Viki said it plans to launch other localised versions of its site worldwide in the coming months. The company is privately held although BBC Worldwide has made an investment, for an undisclosed amount, in the business.