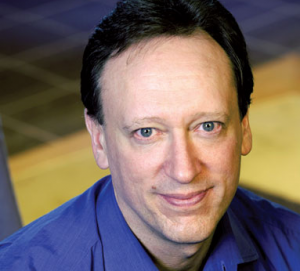 Miller (pictured) left News Corp in August last year after three years as its top digital executive, where he was in charge of Fox’s investment in online platform Hulu among other responsibilities.

Advancit has made around 25 investments in emerging digital media companies but says it also provides networking and strategic support.

Besides his time at News Corp, Miller is also the founder of Velocity Interactive Group, which invests in digital and internet companies and, Fuel Media Commerce, which is geared toward early stage investment. He has also been actively involved with digital firms such as Tumblr and YouTube channel operator Maker Studios.

“Jon’s extensive involvement in our key investment areas, coupled with his knowledge as executive and investor, makes him the perfect addition,” said Shari Redstone. “We are excited about continuing to expand our platform and Jon’s insight and hands-on industry experience will be invaluable.”

“Advancit has quickly become a go-to partner for early stage companies where they get to link to respected investors. Against this backdrop of rapid evolution in the digital media space, we’re here to help great entrepreneurs build amazing companies,” said Miller.