UK independent production is now worth £2.8 billion (US$4.2 billion), according to prodcos trade body Pact. 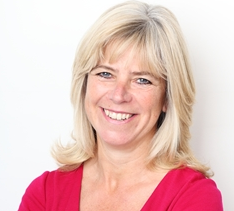 The figure, for 2012, is 14% higher than the previous year and was primarily attributed to domestic commissioners increasingly yearly investment by £307 million, the Independent Production Sector Financial Census and Survey found.

A decade ago, UK indies scored a major victory when the 2003 Communications Act changed terms of trade in their favour. The size of the growth in 2012 was at its highest level since the first Pact financial report, published a year later.

Indies with turnover of more than £10 million had on average improved their profitability in 2012, the report found. They were also securing a greater share of overall revenues. Smaller indies with a turnover of less than £1 million grew their share of sector revenues from 1.1% to 5%.

Other facts include primary UK commissions rising 19% to £1.5 billion and annual revenues growing more than £1 billion since 2004. International revenues grew more than 6% to £771 million, with the sale of finished programming up to £152 million, from £33 million.

Oliver & Ohlbaum Associates compiled the report with data from completed surveys of 60 indies.

Pact chair and managing director of Keo Films, Debbie Manners (above) said: “Our independent sector is stronger economically than it has ever been.  Revenues are at a record high, encouraged by a UK broadcast ecology that is a catalyst for growth and entrepreneurialism. Our productions are in demand the world over, borne out by year-on-year increases in international revenues.

“The Communications Act of 2003 has worked well and it remains as relevant today as it was ten years ago.  The results are good for business, good for competition, good for employment and good for the sector as a whole – and of course, the outcome is great for viewers.”

“In the UK there are encouraging signs of a significant and consistent contribution to new commissioning from the multichannel sector in addition to PSB investment, and a growing income stream from secondary rights as new on-demand platform competition takes effect,” added Mark Oliver from Oliver & Ohlbaum. “Overseas, the story is of continued success as the world’s broadcasters look to the UK’s indie sector for the ideas that drive viewing and subscriptions.”