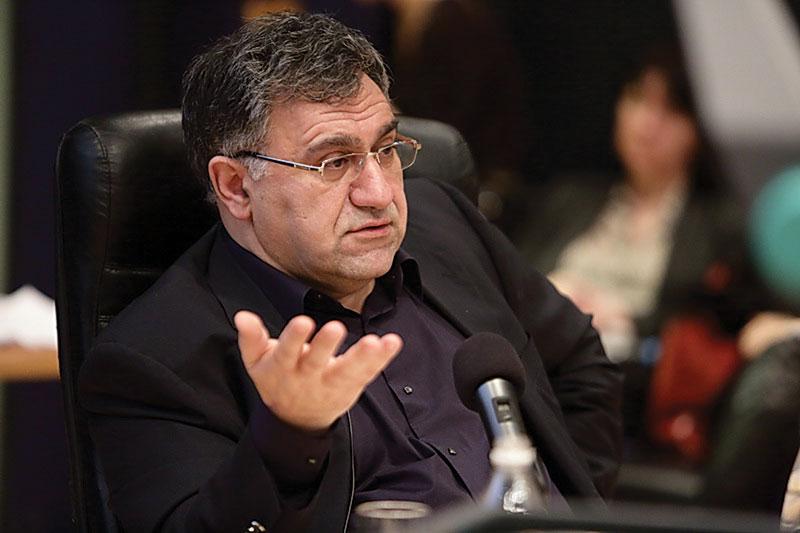 Russian producer Amedia has moved into the channels business in a big way, effectively launching HBO in Russia and inking a huge programming deal with CBS Studios International. Founder and president Alexander Akopov tells Stewart Clarke about the company’s plans in the pay TV space.

Amedia was until a recently best known as Russia’s biggest TV producer and the company that has remade several Western series for that market including Ugly Betty and Prison Break. At end-May it rolled out a premium channel and a subscription on-demand service, propelling it into the pay TV space with a raft of marquee US series. While the HBO and CBS are likely to be the last output and volume deals in the short term, the company remains in the market for premium drama series from key international suppliers.

The deal with HBO was announced two months ago. The five-year agreement means Amedia has exclusive rights to the US premium programmer’s existing and upcoming output across drama, movies and docs giving it a raft of series including True Blood and Game of Thrones.

Mirroring the BSkyB and HBO strategy with Sky Atlantic in the UK, Amedia is effectively launching the HBO channel in Russia for the first time. A volume deal with CBS Studios International followed (the Eye’s first in the Russian market) giving Amedia new network and cable series as well as existing titles including Elementary, Beauty and the Beast and Showtime’s record-breaking Liev Schreiber series Ray Donovan.

Amedia president Alexander Akopov says: “This content is mostly not in the Russian market, there have been some series on free-to-air such as Sex and the City, but it has never been presented in this volume. No-one has systematically put content from the likes of HBO, Showtime and CBS on the air.”

The company is tight-lipped on its programming budget but TBI understand it runs to tens of millions of dollars. Akopov says that it is about to add content from key UK and other international programming suppliers to its services. He declines to talk specifics but it is understood talks are underway about content deals with ITV Studios Global Entertainment and BBC Worldwide among others.

“The two deals give us enough [foreign] programming to launch, but there will be agreements with other providers, but not output deals,” he says of Amedia’s future buying strategy.

Since 2005 Amedia has been majority controlled by Len Blavatnik, the entrepreneur previously linked with bids for MGM and Miramax. Born in Russia, the billionaire is a US citizen and created conglomerate Access Industries, which has since 2005 held a majority stake in Amedia.

Akopov, who founded Amedia in 2002 having previously run free-to-air broadcaster Rossiya, says: “We started as a producer but wanted to become a broadcaster. We have a 3,000 hour library of Russian series and the goal was to expand and think about launching pay TV channels.”

The company launched basic cable channels Amedia 1 and Amedia 2 in 2011  and that content, as well as that from the premium service, will be available separately, over the top on paid-for streaming service Amediateka.ru. Amedia Premium will cost pay TV subs Rub99 (US$3.10) a month and the OTT service Rub399.

Amedia produces about 700 hours of programming a year for the Russia and Ukraine and will ultimately make shows for its own channels.

“Our goal is to produce Russian series for the channels. We’ll start with about 20 hours of originals and we have projects in development,” Akopov says.”But the goal for the first year is to find out how the channels work with the acquired series.”

The channels have carriage on DTH platform NTV+ and three of the major cable and IPTV systems: MTS, Beeline and ER Telecom. That will give Amedia a channels footprint, Akopov says, of almost 12 million. He adds that carriage talks are underway with eight more operators.

The competition will come from pirates not the existing pay TV players Akopov notes. “We’re not directly competing with what the pay TV operators have,” he says. “This is quality product and there is always demand for that, but it is being provided by the pirates and millions are watching this way – we need to be faster than the pirates.”

Amedia hopes to show dubbed versions of international series as soon as week after their US TX and will in some cases show a subtitled version sooner than that. As well as carriage fees and ad revenues for the basic channels, the premium channel and OTT service will generate subscription revenues for Amedia. Akopov will not give subscriber forecasts, but says Amedia breaks even with 800,000 – one million subs.

Just this week, Amedia was unveiled as the lead company in a new Russian film and TV producers alliance aimed at defeating piracy. With that in mind, it’s down to a cast including Sherlock Holmes (Elementary), Nucky Thomson (Boardwalk Empire) and Tyrion Lannister (Game of Thrones) to convince Russians to pay for premium foreign shows.