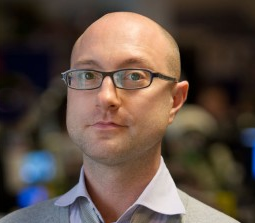 Anthony Lukom told delegates at the Children’s Media Conference last week that the success of series such as The Amazing World of Gumball and Adventure Time and the arrival of EMEA president Giorgio Stock and chief content officer Patricia Hidalgo meant the company was on the look out for new properties.

“This is an open invitation to tap into your creativity. We ask you to come with us for really ambitious projects; come up with something different and really challenge us. Giorgio and Patricia wanted to me to stand up here and say we are very much open for business,” he said.

Lukom’s words came amid staff cuts across the EMEA business initiated by Turner’s international president Gerhard Zeiler and continued by Stock following his arrival from Disney in February; and industry sources last week claiming Turner execs had indicated no decisions on content were on the cards until “the end of July at the very earliest”.

Lukom today issued a clarification statement to TBI, in which he said: “Following the arrival of Girogio Stock as president of Turner Broadcasting EMEA and Patricia Hidalgo as senior VP and chief content officer, kids, it is a logical progression for us to tap into creative content from around the globe. We are currently working on that strategy and putting processes in place to find new projects to mirror the success of shows such as The Amazing World of Gumball in EMEA and globally.”

Former MySpace UK managing director Lukom, who is also Turner UK and Ireland’s VP, is in charge of channels including Cartoon Network UK, which he told delegates last week was seeking new comedies that help to continue to “diversify” its viewership beyond young boys to include older boys and girls. “We’re really starting to look for properties in [local markets] that can be on the local channels but with global potential,” he added.