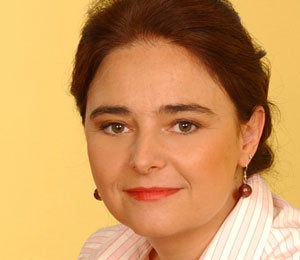 Hidalgo joins from Disney where she was VP, content and programming strategy.

Hidalgo is the second senior executive to swap Disney for Turner in recent months after Giorgio Stock joined the Time Warner-backed company in April as president of Turner Broadcasting System EMEA.

She spent 15 years at the Mouse House launching its first kids telenovelas in Europe and rebranding the Playhouse Disney and Jetix channels.

At Turner she will be the editorial chief for the company’s kids channels across EMEA, which include Cartoon Network and preschool offering Cartoonito.

Turner has been restructuring under the leadership of Gerhard Zeiler and Peter Flamman was appointed senior VP & COO, EMEA and MD Kids EMEA last year.

Hidalgo will report to Flamman who said: “We are particularly impressed by her superb track record of collaborating with diverse local market teams within a global, franchise-led, content-centric organisation. That fits perfectly with Turner’s philosophy going forward and will allow us to capitalise upon our strong original content slate including new seasons of Adventure Time and Regular Show from our US studios and Gumball and LazyTown from EMEA.”

Prior to Disney, Hidalgo worked at Canal+ in Spain.