Until September last year, David Haslingden was Fox’s top channels executive, running its US and international networks. But after two decades at the News Corp unit he left, only to emerge back into the spotlight in February when he acquired Natural History New Zealand. Australia’s Northern Pictures was then added and a joint venture formed with Israel’s Keshet. Haslingden tells Stewart Clarke about his expansion plans as he builds TV’s latest super indie 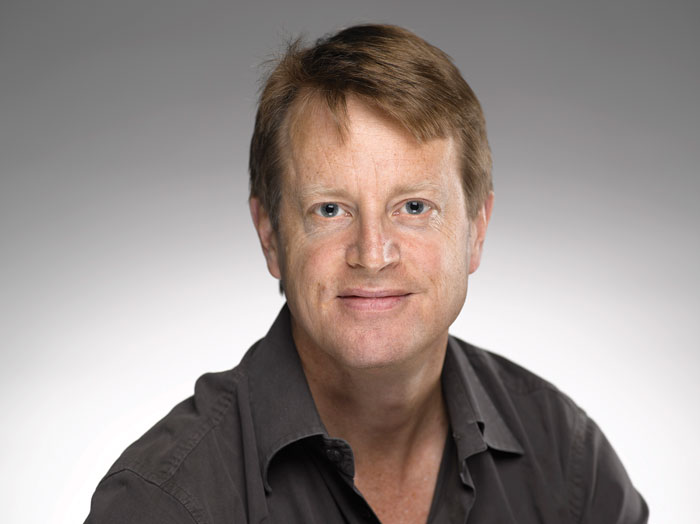 David Haslingden offers up an intriguing mix of ambition and modesty when talking about his new group, on the one hand enthusiastically talking up plans to move into a raft of new territories, but always tempering comments by noting he will carefully manage the growth and that nothing the new group is doing could rival the operations of Fox. How could it? The News Corp media giant has channels the world over and a production capability to match. As the executive that until last year oversaw that channels business, which is flourishing in international markets, Haslingden is extremely adept at launching and running TV networks, begging the question: are channels part of the plan at his new group?

“In today’s world it is very difficult for an independent player to launch TV channels,” he says. “However, I do think there are niches within the overall TV offering that are underserved and if you are prepared to specialise very narrowly there are opportunities. We are looking at a number of things, although they will not be in any way competitive or similar to the types of channels operated by Fox or National Geographic; it’s impossible to replicate those mass-market global networks.”

What the new group is, is a producer with a foothold in Australia (through Northern Pictures and Keshet Australia), New Zealand and China (NHNZ) and Singapore and Taiwan (Beach House Pictures).

There are more deals in the works and the model being employed is the same as that of the consolidated production groups in the west.

“Yes, becoming a super indie is the goal,” says Haslingden, who outright owns the group through his RACAT holding vehicle. “The strategy of the super indies is essentially correct; it allows you take advantage of scale and that is extremely difficult if you have individual companies that are solely focused on an individual market. The logic is having a strong local relevance, but with scale.”

Haslingden adds that there are a handful of deals in play, but that the company might pause for breath after these, mindful of not growing too fast too quickly and introducing layers of bureaucracy.

He says: “There are a couple more steps we will be taking in the next twelve months or so, but we have to be vigilant that the objective of growth does not get in the way of our goal, which is producing well-made, well-priced programming.”

One done deal is the formation of Keshet Australia, a joint venture with the Israeli broadcaster that will seek to bring Keshet’s slate of over 50 scripted and unscripted formats to television screens in Australasia.

“Keshet has been on a fantastic run of creative endeavour in the last four or five years and is one of the most sought after production partners in the world,” says Haslingden. “They knew I was a great admirer and we contacted each other after I moved back to Australia, which is one market in which they hadn’t developed their own plans. We’re not about scale at any cost and the great thing about Keshet is it was an opportunity to build scale at the highest level of TV production. Those opportunities are very rare.”

The Keshet deal moved the new company into the scripted arena. Keshet’s line-up includes the successful Prisoners of War, the show upon which Homeland is based.

Ahead of that it looked like a group with a factual core although Natural History New Zealand’s name is somewhat misleading in that, alongside classic blue chip fare such as Life Force, it also makes shows like reality fashion series L.A. Frock Stars for Smithsonian Channel in the US.

Keshet also brings entertainment formats such as Master Class to the table, which will sit alongside shows including Food Investigators for SBS and Chopper Rescue for ABC and Discovery from Sue Clothier’s Northern Pictures in the group.

Sydney-based Northern is also making Kakadu, about the Kakadu National Park in Australia, for public broadcaster ABC. It is coproducing it with Beach House, the Singapore-based company that scored a number of other commissions in 2012, including Hidden Cities Extreme for A+E’s History in Asia, Birth Days for Discovery Channel and the stereoscopic 3D Secrets of Shaolin with Jason Scott Lee for 3net in the US.

Off the Fence handles NHNZ’s programme sales and the new group has no immediate plans to move into distribution itself.

Haslingden, meanwhile, is in no hurry to christen his super indie in the making. He says: “It’s very much a federal system, it’s all about the local companies resonating locally and if we had an uber brand we would be stepping away from that. The companies I have bought have a track record and that says something about that company.”

The new group is essentially building on something Haslingden has championed since his Nat Geo days – local production, which resonates with viewers in a way that acquired programming cannot.

Furthermore, there is increasingly a willingness to support the creation of production communities in territories that were previously a closed shop to independents.

The likes of Singapore’s MDA and Malaysia’s Ideate, the recently-formed funding group backed by the government and pay TV operator Astro, underscore the appetite to create production hubs that will make content for local markets, but with an international relevance.

Taiwan is another focus and Beach House has a local office and slate aimed at that market, while NHNZ has long had a foothold in another key market, China.

The expansion will not, however, be restricted to Asia and the Southern Hemisphere and will encompass the Middle East, Latin America and, ultimately, Europe.

“A huge number of free-to-air networks that have launched in the Middle East in the last five years,” Haslingden says. “There is a paucity of programming aimed at that market, but people are interested in building content creation businesses there and we will be part of that,” he says. Continuing the expansion theme, he adds: “We have quite a bit of experience of producing in Brazil and we will do more there. We will build on our relationships to deepen the local presence and from there we will look to expand into Spanish-speaking territories.”

Details are thin on the ground today, but over the next twelve months Haslingden says he will deliver on the ambitious expansion plans. “It would be disappointing if we didn’t make some announcement-worthy progress in a couple of Asian markets and Brazil as well as something in Europe,” he says. Characteristically, he adds: “Of course, it pales in comparison to Fox.”