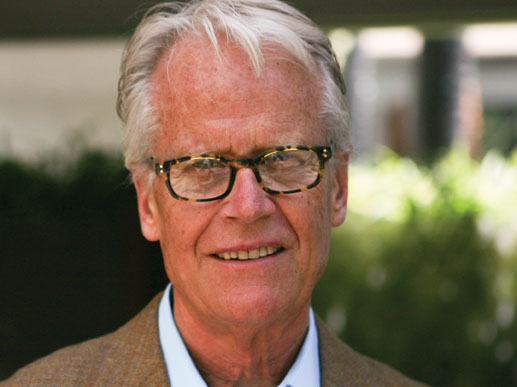 With NATPE Budapest 2013 wrapped up, Jesse Whittock sits down with NATPE CEO Rod Perth to discuss the market’s future, fighting new competition from upstart markets and why TV and digital need to start talking the same language

This week was former channel president Rod Perth’s second NATPE Budapest since he joined the NATPE organisation as president and CEO in May last year. During that time, the significance of the Central and Eastern European markets has been becoming a more and more pressing matter.

Whereas in the past, where CEE was often not viewed as an integral part of a global TV company’s business, a recent boom in local production dictates attention is now mandatory, despite the region’s unstable economic situation.

So it should come as no surprise NATPE acquired Discop East in 2011 and took over running of the market. This year, the market was revamped with new tools designed at bringing buyers and sellers together in the most efficient way possible such as a new Navigator business concierge service accessible to all attendees.

All in all, numbers were up slightly on last year, with 157 companies exhibiting at the Sofitel Hotel on the bank of the River Danube in Hungary’s capital. Among these were 37 new companies, including a five-strong delegation from India and digital firms. Four hundred buyers also made the trip.

“We did the math – if you do the number of hours the market is open we’ve worked out there’s about 17,000 different combinations of meetings,” quips Perth. “That’s a fun statistic and totally skewed in our favour but that’s alright. This is not an expo; it’s about meetings and monetisation. That’s what we’re dedicated to.”

Despite this, TBI heard grumbles from attendees about the market seeming quieter, and Perth admits to a “puzzling lack” of sellers from Latin America – as the region’s telenovelas continue to feature in CEE broadcaster’s schedules. But he says one his highlights from this year’s event have been “the number of people who’ve gone out their way to show appreciation for our commitment to the region and the fact that we listened to what they said last year”.

Here, he is referencing the issue of US studios holding new season scripted programme screenings concurrently with the market and taking buyers away from the Sofitel.

“Last year we heard over and over again that while the screenings are very important to the market, the lack of co-ordination between the screenings and the market was an issue. For the first time, we’ve been able to work with the studios to guarantee almost 100% of the screening times don’t overlap so studios are not taking buyers away from the market,” says Perth.

This was achieved by heading over LA “with a hammer and a big baseball bat shouting ‘Get out!'”, quips Perth. “I have great relationships with the studios and they believe in NATPE and what it represents and understood the logic. In fact, they agreed with the need to work together. I believe in transparency and establishing mutual objectives. If you can establish both sides’ interests, that’s the best logic in the end.”

Perth references Navigator as a major new addition attendees required and the launch of a VIP Buyer Programme, “which is a huge incentive for key buyers”. This involves providing hotel rooms and transfers to and from the hotel.

The latter point is, in part, designed to attract buyers to and from the emerging CEE digital market, which Perth predicts will grow in coming years as issues over delivery are resolved. He says that, having previously held buying roles such as president of USA Network Entertainment and co-founder of ReelzChannel, his experiences at NATPE have taught him how big this side of the business can become. However, though more CEE buyers are taking digital rights, on-demand is still to really deliver in the region.

NATPE has made it a policy to attempt to become a “bridge” between the new digital and traditional TV industries, which at times can seem poles apart. “Those today largely exist in silos; they don’t overlap as much as they should. There are language differences – it almost as if Silicon Valley speaks Hungarian and we speak Hollywood,” says Perth.

“We’re determined to brick by brick take those silos apart and create this metaphorical bridge that is a practical solution for everybody’s need to monetise their video content. In the end, that’s what NATPE has done for 50 years. The organisation has always been nimble.”

However, there is more and more competition to do so. New markets such Media Vision’s New Europe Market, popular shows like the Istanbul TV Forum & Fair and growing events such as Kiev Media Week are all gaining attraction, with some distributors telling TBI this week that they may choose to attend different markets next year. MIPTV and MIPCOM also book end the event, potentially drawing more custom away.

“Markets are cropping up as fast as new iPhone apps. [But] not everybody uses those new apps,” Perth says. “I wish no-one ill will and good luck to them. We have a brand, a fifty year history and a commitment to the region and to being flexible. We have a reputation that hope is the standard for the market. We not ignoring [new markets] but on the other hand we’re confident.”

As for the future, one rumour doing the rounds is that NATPE is considering moving the event to Prague, just as it did when it moved its flagship US event in Las Vegas to Miami four years ago – a move that was seen as a vital step for the organisation.

“We’re absolutely committed to the [CEE] region. We have to consider what is best for the market and best for the region, but most importantly what’s best for our customers,” he adds. “The answer is we’re open to new, fresh ideas but are not yet prepared to make an announcement. We love Budapest as a city and as a venue it is fantastic. We’ll be making an announcement fairly soon.”