BT is planning to slowly rebrand its TV service from BT Vision to BT TV, and has plans to boost its channel line-up later this year. 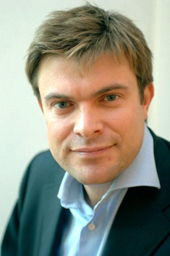 “We’re going to call our set-top box services and our platform BT TV and within that we’ll have a Vision box and a BT YouView box – so there’s that umbrella brand,” Watson said.

Asked why BT doesn’t simply phase out its older generation BT Vision set-top box, Watson said currently it is only able to offer Sky Sports 1 and 2 on this device, due to ongoing wrangles with Sky about distribution of the channels on its YouView offering.

Speaking about BT’s wider channel plans away from sport, Watson said BT now has all the “biggest channels” on the platform aside from Sky’s entertainment channels like Sky1 and Sky Atlantic – though he said he would be open to working commercially with Sky to carry these networks.

He also added: “We are planning to launch more channels later this year, and we’ll be making some more announcements about that in due course, but we’re not quite ready to do it yet.”