UKTV has signed a catch-up agreement with connected TVservice YouView, in what the UK multichannel broadcaster hailed as a “landmark” deal.

UKTV will provide seven-day catch-up services for its free-to-air channels Dave, Yesterday and Really and the agreement marks the first time that UKTV has offered a catch-up service that is purpose-built for TV. It is also its first direct deal with YouView. 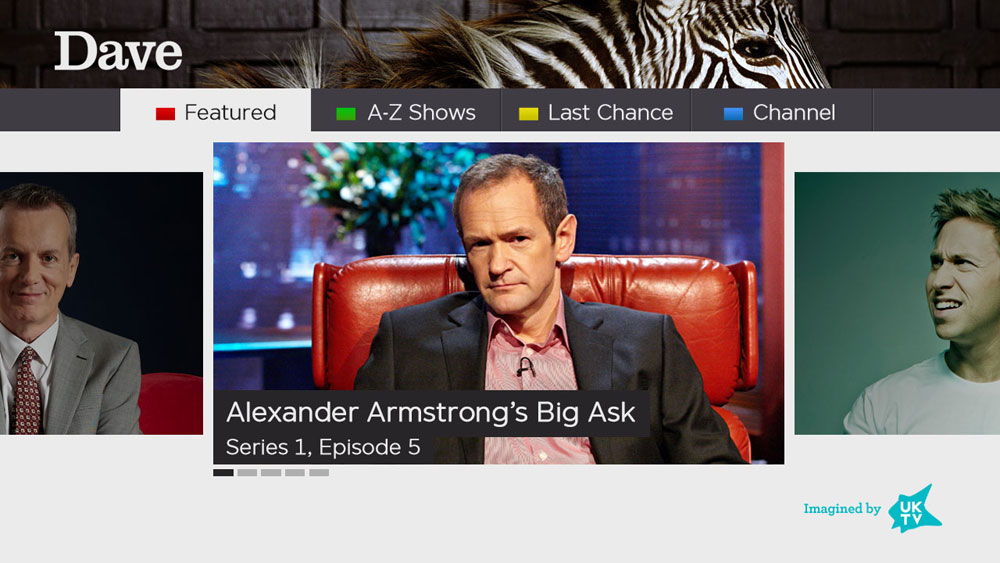 Dave will be the first of the catch-up services to go live next month, with shows like Russell Howard’s Good News and Dara O Briain: School of Hard Sums to be accessible through a Dave-branded on-demand portal and through YouView’s reverse-EPG, which lets users scroll back through shows that have already aired.

Yesterday and Really’s catch-up services will launch by the end of the year, said UKTV, which is working with connected TV app specialists Capablue on its YouView deployments.

“Providing a catch-up service for our free-to-air channels on YouView is an important step for us, ensuring we give viewers the ‘anytime, anywhere’ access to our channels and programming that they want,” said UKTV’s CEO, Darren Childs.

YouView CEO, Richard Halton, added: “We are pleased to welcome UKTV to our collection of on-demand TV players. YouView is currently the fastest growing TV platform in the UK and we know that offering quality on demand content, from iconic channels such as Dave, Really and Yesterday, is key to giving our customers a great TV experience and makes our scroll back programme guide even more compelling.”