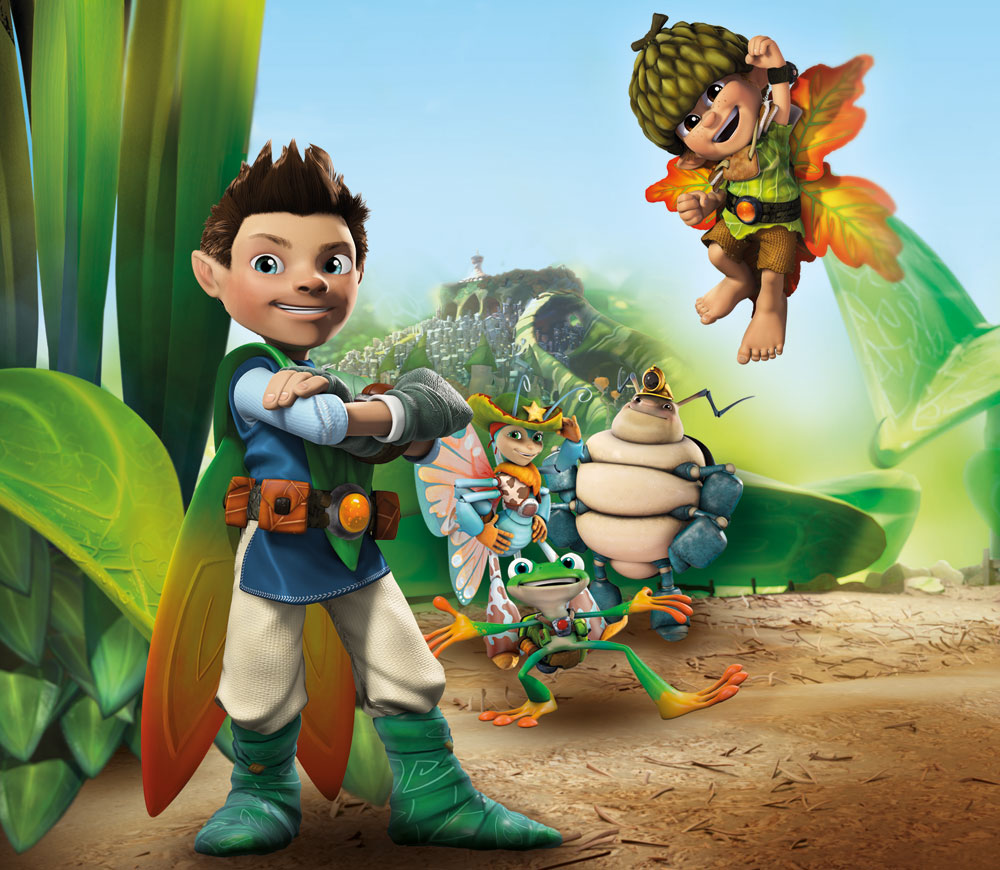 Earlier this year the BBC and the Kids and Family division of FremantleMedia inked a multi-year deal that will see them co-develop and produce a range of kids series for preschool and older audiences, across live-action and animation. BBC Children’s boss Joe Godwin and FremantleMedia Kids and Family Entertainment’s Bob Higgins tell Stewart Clarke about how the pair will work together.

The BBC is one of the most prolific producers of kids programming in the world and the public broadcaster supports a network of indie producers in the UK and beyond. That is one reason that eyebrows were raised when it signed off on a multi-year deal with the Kids and Family division of FremantleMedia under the terms of which the pair will co-develop, co-fund and coproduce a raft of content in which they will invest ‘tens of millions of pounds’.

Wasn’t that taking work from the indies that provide 70% of the BBC’s kids output and putting it in the hands the relatively new kids and family unit of large multinational company?

Joe Godwin (below), controller of children’s at the BBC, says that isn’t the case and, in fact, the deal means more money for independents at a time when funds are being squeezed at the Corporation, alongside a flow of top quality work from the joint minds of the BBC Children’s and FremantleMedia Kids and Family Entertainment teams.

“There isn’t resource going to FremantleMedia that we could give to indies, the opposite is true,” Godwin says. “FremantleMedia is giving resource to us, which means there is more money in the pot for other companies. Like all of the BBC, our budget has been reduced as part of [the Delivering Quality First programme]. This frees up cash to commission extra programming and make up the DQF shortfall.”

He adds: “It frees up other money to do other stuff with: [CBBC controller] Cheryl Taylor and [CBeebies controller] Kay Benbow have got the money they would have spent if we’d fully funded these shows.”

The partnership will run for five years and Bob Higgins, FremantleMedia Kids and Family Entertainment’s executive VP, says he expects it will yield ten series. Some of these will be returning shows and FremantleMedia and the BBC already have a trio of projects under their belt: preschool toon Tree Fu Tom (pictured), live action series Wizards Vs Aliens from the Doctor Who team and now off-the-wall school comedy Strange Hill High.

“Our expectations are for a total of ten and there will be a little bit of everything in there,” Higgins says.

The work his company has already done with CBeebies and CBBC set the groundwork for the formal deal between the pair and Strange Hill High is a case in point, he adds.

“Sarah Muller [head of CBBC acquisitions and drama development] asked if we were interested in participating and then we brought in Josh Weinstein (The Simpsons) and fleshed out that whole world – it was two years’ worth of work,” he says.

“The hardest thing when bringing a show to market is getting that attention because everything looks very samey,” Higgins adds. It has got around this problem with Strange Hill High by utilising a new production technique that combines puppets, Japanese vinyl toys and digital effects. The show follows three students in an off-the-wall inner city school. Voice talent includes British TV stars John Thomson (Cold Feet), Richard Ayoade (The IT Crowd) and Caroline Aherne (Mrs Merton). Factory Transmedia is the third partner on the 13x30mins comedy adventure.

CBBC controller Cheryl Taylor ordered a second season of the show in February ahead of the TX of season one on CBBC this spring.

FremantleMedia Kids & Family Entertainment has only been around since 2009 when Sander Schwartz came in to set up the dedicated kids content unit. He brought Bob Higgins on board in 2010. “Kids and animation is a long process,” Higgins says. “In year one, we put a slate together in year two we had My Babysitter’s a Vampire, Tree Fu Tom and The Aquabats! Super Show. The golden goose is to have it explode into all other areas of kids’ lives  and now there are Tree Fu Tom and Max Steele products.”

The company has hit its stride and now has the right amount of content coming through various channels, he adds: “We have hit our peak in terms of the number of shows we can coproduce, effectively market and brand. We have about a dozen and that’s about where we want to be; we can’t stretch ourselves too thin and we want to give each show the attention it deserves.”

BBC Children’s still has a deal with BBC Worldwide, the commercial arm of the public broadcaster, which has first look at its shows for international distribution, but Fremantle Kids & Family Entertainment will take international rights to content from its BBC deal. The agreement gives the company a pipeline of top-quality shows that it can roll out internationally.

It has already shopped Wizards Vs Aliens to broadcasters including The Hub in the US, ABC in Australia, HBO Family across Latin America, Canal J in France and Canal+ in Poland. It has sold Tree Fu Tom, which was one of the highest rated new series on CBeebies in 2012 and has gone to a second season, to broadcasters including Disney (Australia and New Zealand) and Discovery Kids (Latin America) and it will be selling Strange Hill High internationally at MIPTV.

Godwin says the agreement is a direct result of working well together on the aforementioned projects. “We didn’t sit down, get the phone book out and say ‘let’s do a co-development deal with an international distributor’,” he says. “They’d been very good to work with and we appreciated where each other was coming from. We’ve made some successful and creatively bold stuff together and all three are ‘very CBeebies’ or ‘CBBC’.”

The public broadcaster has not had to compromise editorially he insists, which means the BBC saying no to some things and FremantleMedia others. “I’m always wary of the possibility of having to make compromises with international coproduction,” Godwin says. “Fremantle have gone for things that they can find an international market for and said no to others. At no point have we compromised what we wanted creatively; this is a codification of, and extra layer to, what we were already doing.”

Although the deal covers a range of genres, some will be more challenging than others, notably live action for older kids, an area that the BBC as a public broadcaster has to use to speak to kids in the UK about being a kid in the UK. There are, however, exceptions.

“Often no-one else is doing that and no-one else wants to,” Godwin says. “But then look at Wizards Vs Aliens, there couldn’t be anything more British or ‘BBCish’ about it and it is quality storytelling and the result of a superb creative vision.”

Live action can also be tricky internationally given the domination of Disney and Nickelodeon.
“We can’t compete with Nick or Disney making three-camera sitcoms about girls in high school and no-one wants that from us,” Higgins says. “Live action is challenging if you try to do what they do, so we did a single camera horror comedy with vampires who eat people!” Accordingly, My Babysitter’s a Vampire, which was for Teletoon in Canada, was picked up by Disney in the US.

CBBC has worked with other international partners recently, teaming with its German counterpart ZDF for Wolfblood, a live action series about a family of werewolf type humans, but it doesn’t look like consummating its relationship with anyone else in the same way it has with FremantleMedia.

The partners will meet two or three times a year to go through ideas, but both sides are tight-lipped on what’s coming next aside from saying it will be different. “Will there be more of the same? I hope not,” says Higgins. “We look at our slate to make sure we’re not duplicating ourselves – we don’t want Strange Hill Summer High.”

Wizards, mystical trees and off-kilter school stories suggest that public broadcaster and international producer/distributor can find common ground. Godwin concludes: “We do have different ambitions in a broad sense, but that’s academic because we know the two separate corporate remits can meet in the same creative realisation.”