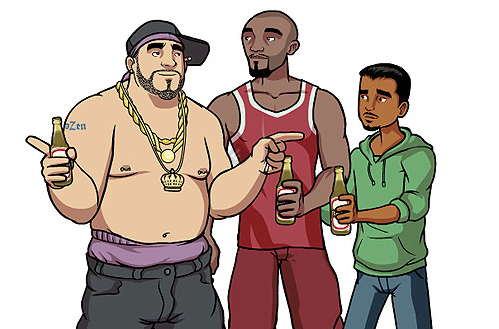 Adult toon Chozen comes from the teams behind Eastbound & Down and Archer. The show follows a gay white rapper who exits jail with a new message and skills that he uses on a quest for redemption.

This comes ahead of FXX’s launch in September as a younger-skewing net to older Fox Networks Group sibling FX. It will carry series including It’s Always Sunny in Philadelphia, The League and Legit and broadcast into 72 million US homes.

Grant Dekernion is writer and executive producer of Chozen and will create raps and songs for the project. Danny McBride, Jody Hill and David Gordon Green from Rough House Pictures, whose Eastbound & Down was yesterday cancelled by HBO, are also exec producers, along with Adam Reed and Matt Thompson of Floyd County Productions. FX’s in-house unit, FX Productions is producing.

“It’s great to be in business with Grant, Danny, Jody, David and Rough House and this is the perfect first series order for FXX. Chozen is an outrageous and ballsy comedy, but it’s also a very smart examination of the rap culture,” said Nick Grad, who is among three new promotions at FX Networks.

Grad is upped from executive VP, original programming and development for FX to president, original; programming for FX Networks and FX Productions. He has been with FX since 2002 and became head of originals three years later.

He will share the role with FX’s head of development Eric Schrier, who has been upped to the same role; while executive VP, FX Networks, Chuck Saftler becomes president and COO of the division.

The new appointments come soon after FX announced John Langraf had been raised to CEO of FX Networks and FX Productions.

“Nick, Eric and Chuck have been involved in every facet of FX’s success over the past decade. It is only appropriate to see them each take on more responsibility as we pursue an ambitious expansion of our channels, programming and distribution platforms. While it is hard at times to step back from some of the day to day creative dialogues I love so much, it makes it easier when trusted colleagues and long-time partners are stepping up,” said Landgraf.