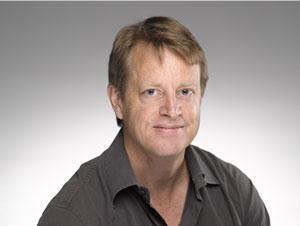 Keshet and Haslingden’s RACAT holding company will jointly own Keshet Australia, which will aim to bring Keshet’s slate of more than 50 scripted and unscripted formats to television screens in Australia and New Zealand.

RACAT-owned producer Northern Pictures will work with Keshet International, the global arm of Keshet Media Group, on the shows.

After acquiring NHNZ and its subsidiary Beach House Pictures from Fox and Sydney-based Northern Pictures earlier this year, Haslingden (left) has emerged as a leading player in southern hemisphere television production. He stepped down from Fox in August last year and returned to Australia after a long spell in the US.

Haslingden brokered this new deal with Keshet International’s managing director Alon Shtruzman and then paid tribute to the Israel-based business, which has become a major global formats supplier through the success of shows such as Prisoners of War (remade in the US as Homeland).

“I’ve witnessed first-hand their powerful and addictive combination of creativity, and business acumen. Keshet’s growth over the last five years has been unrivaled and we are confident Keshet Australia will replicate that success here,” he said.

“Keshet is one of the best in the game of scripted and unscripted television, and Northern Pictures has a strong reputation in Australia with deep industry contacts, plus a New Zealand link through sister company NHNZ – it’s an ideal match.”

Northern Pictures’ managing director Sue Clothier said it was “a real coup” to gain access to Keshet’s format library, while Shtruzman added: “Given the strength of the Australian broadcasting industry and the strongly emerging cable channel universe we believe Australia can quickly become one of our most important markets.”

In related news, Haslingden’s former Fox colleague Mike Darnell has left the News Corp-owned broadcaster after 18 years. He is exiting his post as head of alternative programming to “try something new”.