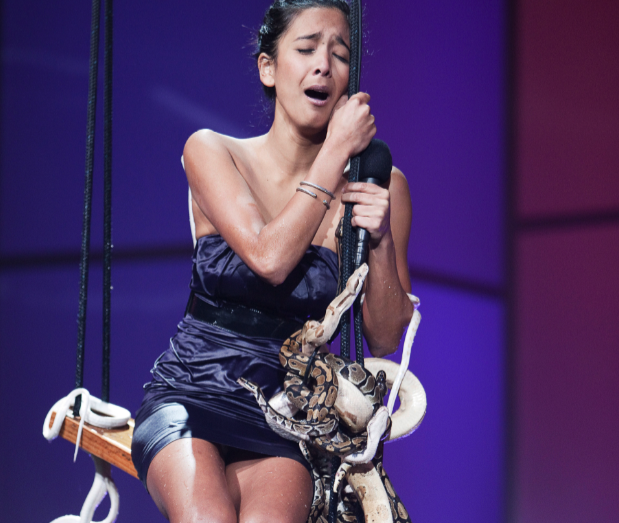 Zodiak Media’s extreme singing competition format Killer Karaoke has sold to broadcasters in the Netherlands and Czech Republic soon after launching in Russia.

The format, billed as “the evil adaptation of Zodiak’s Sing if You Can”, will launch in the Netherlands on RTL5 tomorrow produced by Zodiak Nederland, while the Czech version comes from Real TV and will launch on Barrandov TV early next year.

The Russian version, a 25-episode stripped run, launched on UTV on March 1 and comes from Zodiak-owned prodco Mastiff and followed on from the original US version, which launched on truTV in November last year with Jackass’ Steve-O as presenter.

Zodiak said the finished series has sold into more than 100 territories, including in Germany for Comedy Central, New Zealand for TVNZ and Australia for Foxtel.

The format sees contestants try to sing songs while outlandish attempts are made to disrupt their performance.

“Killer Karaoke is exactly what the market is looking for at the moment; laugh-out-loud entertainment with high impact moments that audiences can easily latch on to. I challenge anyone to watch two minutes of Killer Karaoke and not find it hugely enjoyable [and] It’s not surprising that a single clip on YouTube has generated nearly 10 million hits,” said Barnaby Shingleton, head of entertainment at Zodiak’s sales arm Zodiak Rights.