The recent restructure at FremantleMedia has positioned it to capitalise on digital opportunities and acquisitions in the digital sector are likely, CEO Cecile Frot-Coutaz (pictured) said. 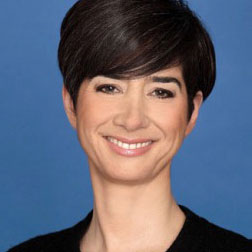 In response to a question from TBI, Frot-Coutaz said the recent restructure at the RTL-owned producer and distributor leaves it well placed to grow its digital business. The changes were about ensuring digital is at the heart of the company’s activities and ensuring opportunities in the sector are not missed, which is possible if there are silos within the group,  Frot-Coutaz said.

“In today’s market, digital, brands and sponsorship are integral to how we make shows and to the development process – the next big programming franchise is likely to have some digital element baked into it.”

Acquisitions in the digital realm are also on the agenda, the FremantleMedia boss added.

Keith Hindle, who was recently appointed to lead FremantleMedia’s new Digital and Branded Entertainment arm added: “There are now digital networks aggregating enormous traffic and eyeballs and we can extend our core business into these platforms if we get it right.”

Frot-Coutaz was speaking at MIPTV where FremantleMedia announced a raft of programming deals and launced ten new formats. At the programming market, it is launching the first two projects resulting from its previously announced relationship with Vuguru.

The original, multiplatform, comedies Fetching and Hollywood Help come out of a programming partnership between FremantleMedia and Vuguru. David Ellender, CEO of FremantleMedia International, said as many as twenty projects will be created over the two-year life of the deal.

Ellender also announced that FremantleMedia has taken international rights to the Blake’s 7 remake, which is being made by Georgeville TV and will be on the Syfy cable net in the US.