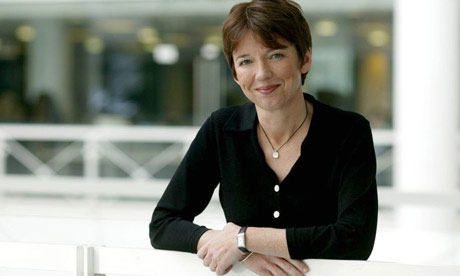 Airey has been with RTL for five years, initially as CEO and chairman of UK terrestrial Channel 5 and latterly in a role that was thought to see her explore RTL’s chances of launching channels in the US.

In an internal announcement seen by TBI, Anke Schäferkordt and Guillaume de Posch, Co-CEOs of RTL Group, said: “Dawn Airey is one of the UK’s most experienced TV executives. She had the difficult task to lead and to restructure [Channel 5] through the midst of the financial crisis of 2008 and 2009, before RTL Group sold the channel [to Northern & Shell] in 2010.

“Dawn has always been a strong and positive CEO to work with. We’d like to express our deep appreciation for all that Dawn has accomplished as CEO of Five in those years, and afterwards for RTL Group, when Dawn assisted the group in various development projects.”

Airey said: “It has been a delight to be part of the RTL Group family, but I feel the time is right to move on to new projects, particularly my role as chair of the National Youth Theatre of Great Britain, as well as other commercial ventures.”

Airey has worked for several British broadcasters. Her first stint at Channel 5 came in 1996 as director of programmes and she later became CEO in 2000. She left in 2003 to joint satcaster BSkyB as MD of Sky Networks and later joined ITV as director of global content. She rejoined Channel 5, then part of the Bertelsmann-owned RTL stable, in October 2008.

She was most recently president, UK TV, of RTL channels subsidiary CLT-UFA.

Her departure follows those of RTL CEO Gerhard Zeiler, who took over at Turner Broadcasting System International, and Tony Cohen, CEO of RTL-owned producer FremantleMedia. She was tipped by industry insiders to be rejoining Zeiler at Turner in the role that was eventually filled by ex-Disney exec Giorgio Stock.

The news also follows Bertelsmann’s announcement earlier today that it would reduce its holding in RTL from 92.3% to around 75%.