The long awaited Angry Birds Toons series has secured carriage on 14 broadcasters and a number of online and digital platforms ahead of its launch later this week. 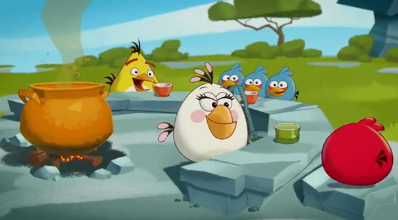 TV industry insiders have long been waiting to discover the identities of the channels that will launch the short-form Rovio Entertainment property, which is based on the ultra-popular Angry Birds phone apps.

These networks have now been unveiled as Fox8 in Australia, JEI TV in Korea, ANTV in Indonesia, Cartoon Network in India, MTV3 Juniori and MTV3 in Finland, the Children’s Channel in Israel, 1+1 in Ukraine, Gulli and Canal J in France, Super RTL in Germany, TV2 in Norway, Canal 13 in Chile and Gloob in Brazil. They will launch on March 16.

The following day, Rovio is launching an Angry Birds Toons online video channel, including the 52-episode toon series, on smart phones and tablets. To view these channels, gamers must download any Angry Birds game, which unlocks a new link button on the interface.

The channel will also roll out in the US across all of Comcast’s Xfinity on Demand platforms and globally through Samsung smart TVs at launch, with Roku boxes and other platforms to follow at a later date.

Finland-based Rovio is also partnering with Paramount Pictures, Blackberry, Activision and Sony Pictures on the launch.

“We’ve long wanted to tell our fans the story of the Angry Birds and the Bad Piggies, to introduce their personalities and their world in detail,” said Mikael Hed, CEO, Rovio.

He revealed Angry Birds games have been downloaded 1.7 billion times, which allowed the company to “reach a far wider and more engaged global audience than traditional distribution would allow”.

“Launching the channel, and partnering up with some of the best video-on-demand providers and TV networks, is an important milestone for us on our journey towards becoming a fully fledged entertainment powerhouse,” he added.