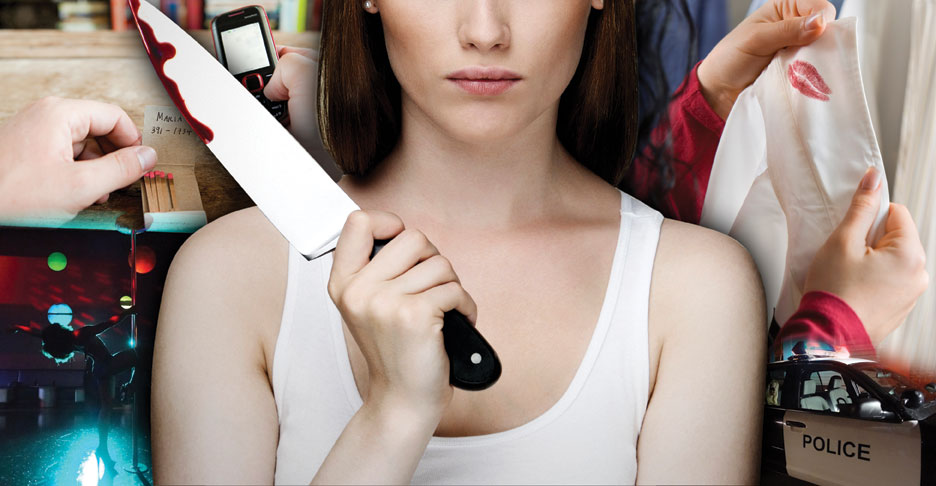 Wives With Knives. Born to Kill. Surviving Evil. All true-crime shows whose titles could have been ripped from the headlines of this morning’s tabloids.

From serial killers bip-bopping around the Midwest to an abused wife plunging a knife between her husband’s shoulder blades, crime always pays.

True-crime is one of the few genres so popular it can support its own pay TV channels.

Investigation Discovery (ID) has 60 million subscribers outside the US in 138 countries including Brazil, South Africa and the UK. The original ID has been the fastest-growing cable channel in the US for the past three years.

A+E Networks’ rival Crime & Investigation Network (CI) has a reach of 52 million subscribers worldwide across territories including the US, Australasia and the UK.

And RTL and Viasat have their own cross-border crime channels too. RTL Crime reaches four million subscribers in the German-speaking territories of Austria, Germany and Switzerland, while Viasat Crime Africa is available in Guinea, Kenya, Nigeria, Tanzania, Uganda and the Central African Republic.

TBI understands that US channels Lifetime and OWN are now considering moving into true-crime programming, although both declined to comment.

Broadcasters have launched true-crime channels seeing the popularity of forensic investigation shows such as CSI. At one point, the procedural was the most popular TV show in the world and it remains a ratings winner for CBS and numerous international networks.

Luis Silberwasser, chief content officer at Discovery Networks International, says: “If you look at fiction, a lot of the top-rated shows around the world are in the crime genre.”

Foxtel, the Australian pay TV operator, first launched CI in January 2005. Then channel manager Christian Murphy realised demand was there for a channel devoted entirely to real-life crime. CI launched in the UK the following year. 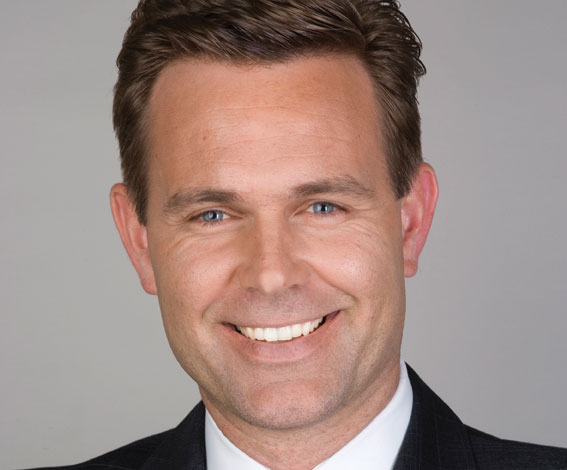 Murphy says: “My thinking was that viewers would like to know the real story behind the [drama] series that were doing really well at the time.”

Koulla Anastasi, head of acquisitions and commissioning for CI UK, says she was taken aback by how popular the channel was on launch.

On average, pay TV viewers will watch a factual channel for between 40 and 45 minutes each day. For CI UK that level of stickiness has gone up to 71 minutes.

Murphy, who today is senior VP international programming for A+E Networks, says: “True crime is the stickiest content for any pay television operator.”

Gary Lico, president and CEO of New York-based distributor CableReady, which has about 1,000 hours of true-crime in its library, agrees: “As a genre, true crime works in every medium – I mean, even pornography didn’t work on radio.”

Often true-crime programmes are non-fiction versions of whatever fiction shows are popular right now. CableReady is developing a new show called The Real Walking Dead with Canadian producer Partners In Motion, about people who have gone missing and only reappear years later.

Women are the most avid viewers of true-crime. CableReady says viewership of its true-crime titles splits 65:35 women to men. The demographic is the same around the world. Sixty per cent of Viasat Crime Africa’s viewers are older females. CI’s British viewers are also typically 65% female and aged over 45-years-old, which reflects the audience for fictional crime shows as well.

So, what is it about true crime which appeals to the older woman?

Ruth Clarke, director of acquisitions and co-productions for distributor ITV Studios, says that “women read the most crime fiction, they all want to be Miss Marple and solve the crime themselves”.

Lico believes that is because a woman is the victim in most true-crime shows while the perpetrator is a man. And yet the forces of good win.

Chris Bonney, CEO of rights at distributor Cineflix Rights, agrees. Cineflix has 500 hours of true crime programming on its books, selling to all the major channels including National Geographic and Discovery.

Bonney says: “A lot of storylines are centred on couples. Women who commit violent crimes against husbands and lovers are very popular.”

Bonney adds that as women are often in charge of the remote control, it is they who decide which channel to watch. True crime however is a genre that both sexes are happy to view together.

He says: “It’s a co-viewing experience, but one initiated by women. That is a pretty hard audience to capture.”

ITV’s Clarke agrees: “The nice thing about crime is that it becomes inclusive for men and women.”

Of course, there are only a certain number of cases that meet programme-makers’ needs each year. ID maintains a database that tracks suitably violent crimes, cross-checking to see if any of them have already had shows based on them.

True crime is changing. Production values have risen, and the true-crime genre has become more subtle, looking more into the why rather than the what.

CI UK’s Anastasi says: “What we’re seeing much more from the States is drama re-con taking the lead. What we’re looking for is new ways to retell stories. The way we’re telling these stories is becoming literally much more dramatic. Producers need to think about how they can use fiction techniques.”

RTL Crime general manager Klaus Holtmann notes that often when recounting an older crime, a TV producer used to only have a single newspaper photograph of the killer. Re-enactments get around that.

Holtmann says: “Traditionally, producers had to rely on news footage, but now these [new] shows really look like movies, closing the gap between fact and fiction.”

There is also a move away from simple case-closed, justice-was-served storytelling to more nuanced and open endings.

Lico says: “There’s greater emphasis on mystery than everything being resolved, which makes it more relatable to those who enjoy good storytelling.”

One example of this new trend is ID’s Redrum (“murder” backwards), which begins when the victim is dead and tells the story in reverse, recounting what led up to the crime. 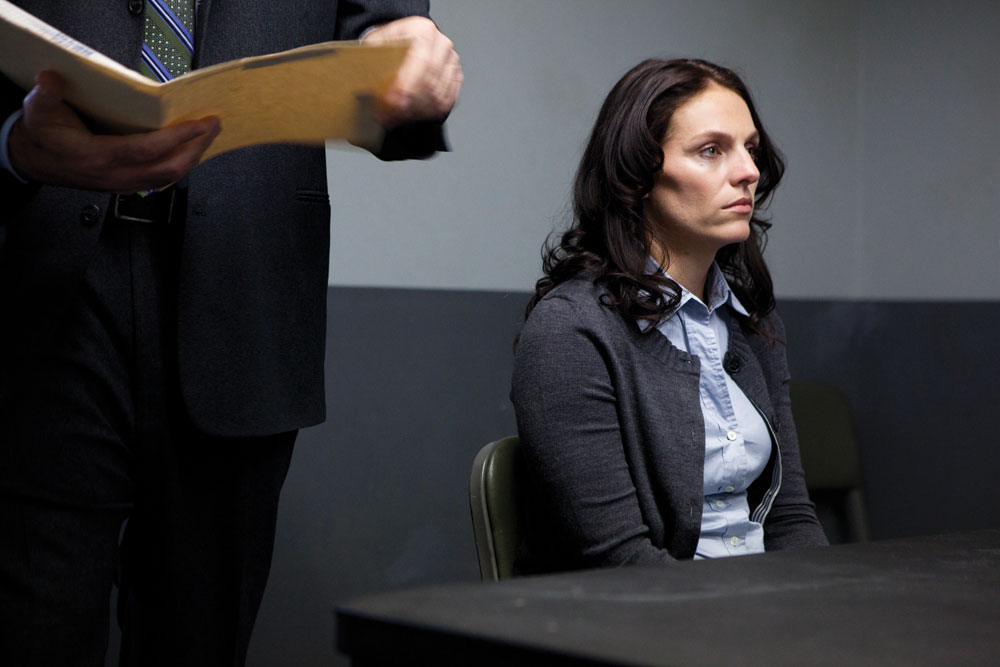 The US season premiere of Redrum was watched by 3.5 million viewers in January, the channel’s highest-ever rating.

UKTV’s entertainment channel Really is airing new ABC show Final Witness on March 7. It looks at crimes from the victim’s point of view as viewers watch re-enactments voiced by the victim.

Alexandra Finlay, head of acquisitions and co-productions at UKTV, says: “We’ve moving away from the more salacious approach and going deeper into why these things happen.”

Christian Murphy of A+E Networks says there are two kinds of true-crime programming: high-end, expensive-to-produce documentaries featuring reconstructions, and ripped-from-the-headlines shows with sensational titles. These tabloid shows can be half as cheap to make, he says.

CI is not averse to grabbing viewers by the scruff of the neck with attention-grabbing titles: shows making their MIPTV market debut this year include Model Killers, Pre-Nup to Murder and Deadly Wives.

What broadcasters look for

Dedicated true crime channels produce their own programming as well as buying it in.

ID makes about 450 hours of true-crime programming each year, and plans to make more overseas shows as the channel expands internationally.

A+E produces about 200-300 hours of true crime programming each year, of which about 20 hours are made outside the US.
So far Viasat Africa Crime only acquires programming, half of which comes from the US. However Viasat’s director of pay TV channels Mette Kanne-Behrendsen does not rule out making its own true-crime shows in the future.

Broadcasters say that producers are not making enough true-crime shows set outside of America’s heartland, which, if true-crime shows are anything to go by, must be the murder capital of the world.

So what kind of shows are broadcasters and distributors looking for? What advice would they have for indie producers pitching shows?

“We’re really looking for crime stories with an edge, something weirder. You would think that all murders take place in the American Midwest. Producers need to look further afield for interesting stories in Asia or Latin America.”

He says: “If you can sum up the format in one sentence, that’s a great help. I am looking for something returnable that is capable of being sustained for volume.”

However, she has these words for any independent producers reading this piece: “We’re looking for shows that have a fresh twist on the genre, which deliver higher production values and emotional resonance for the viewer.”

And if you can, pitch a returning series rather than a one-off.

“One-offs are great when they have high production values,” says Maartje Horchner, head of acquisitions at All3Media. “But you can only sell them once.”

Horchner says that a broadcaster will spend the same amount publicising a one-off as it would for a long-running show, so returning series make much more sense from a channel’s point of view.

All3Media has about 90 hours of true-crime programming in its 3,000-hour library. One of its specialities is what Horchner calls “blue-light shows” – tales of plucky heroism and derring-do involving emergency services, whether it’s dog handlers, helicopter pilots or firemen.

Like everything else, the recession has touched the true-crime genre as well.

Horchner says that today viewers want upbeat endings. “People need uplift at the end of the story,” she says.

The true-crime channels are cagey about where they might expand to next. There are rumours that CI is eyeing another Asia Pacific territory, while ID says it will launch channels internationally as-and-when.

What is clear is that there will never be a shortage of true crime to base shows on.

“It says something about humanity that we add about 500 hours of new programming each year,” says Anastasi. 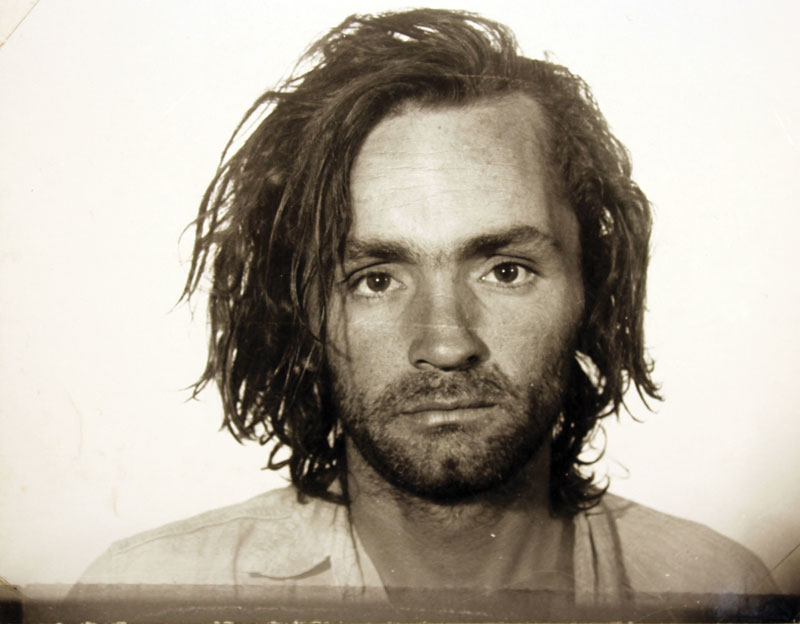