Turner has closed NonStop Sales, the distribution business it absorbed when it acquired Millennium Media Group, TBI has learned. Ignas Scheynius has stepped down although CG Anderson, the other MMG cofounder, remains in his position as MD, Turner Broadcasting Nordic and Baltic. 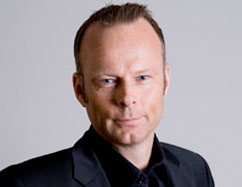 A Turner Broadcasting System spokesman told TBI that the NonStop Sales closure was not part of the wider restructuring that is underway and which will see Turner shed about a third of its staff across the EMEA region.

“We have chosen to shut down NonStop Sales because it did not make the revenues we wanted,” she said. “It was because of its performance.”

Turner bought all of MMG in September 2010 for an undisclosed amount.

At the time Scheynius said: “When we met the Turner team we realised how much they value our core skills. Turner have the desire and resources to support us as we push to take MMG to the next level in terms of delivering high quality channels and content.”

Following the MMG deal Scheynius was managing director, Nordic & Baltic at Turner Broadcasting. He has now left the company and departed at the end of last year.

The Turner spokesman said that Scheynius made the decision to move on and pursue other goals. “He fulfilled his contract and chose to leave,” she said.

The MMG channels, which include Star!, TV7 and movie networks Showtime and Silver, are part of a different unit and all remain operational. The movie distribution unit, which was branded NonStop Entertainment, is also unaffected by the changes.