HBO Europe started making original shows six years ago, but its upcoming miniseries Burning Bush marks a new level of budget and ambition. Director Agnieszka Holland tells TBI about her work on the show, HBO’s content boss Antony Root talks about how the original programming strategy will evolve and HBO Europe boss Linda Jensen explains how the drive into big-ticket originals works in tandem with the premium network’s roll out of HBO Go.

Other big-ticket scripted projects in development

As was the case with HBO in the US, HBO Europe’s drive into original content started out with documentaries. “We thought they were a good way to tap into local stories and there was good marketing, PR and viewer value in making docs for a certain amount, rather than bringing out ads for the channels,” says HBO Europe CEO Linda Jensen.

The move into scripted duly followed with In Treatment, the Israeli-originated series that was remade for HBO in the US. A local version was made in Romania and subsequently in HBO’s other key territories, the Czech Republic, Hungary and Poland. Another show with Israeli heritage was also remade locally, with a Hungarian version of Shall We Kiss. A second season of the relationship drama will follow this year, as will a Romanian version.

Burning Bush takes the original programming drive to a new level. Whereas In Treatment was relatively easy and affordable to produce with the action primarily taking place on one contained set, the new miniseries was shot on location and had 100 speaking parts. Originally conceived as a feature film, the show is produced by Czech production firm Nutprodukce, and focused on events following 20 year-old student Jan Palach’s self-immolation in Wenceslas Square in 1969. Over three, 80-minute episodes, it follows the legal efforts of his family and their lawyer to clear his name in the face of the Communist propaganda machine. It is shot in Czech. 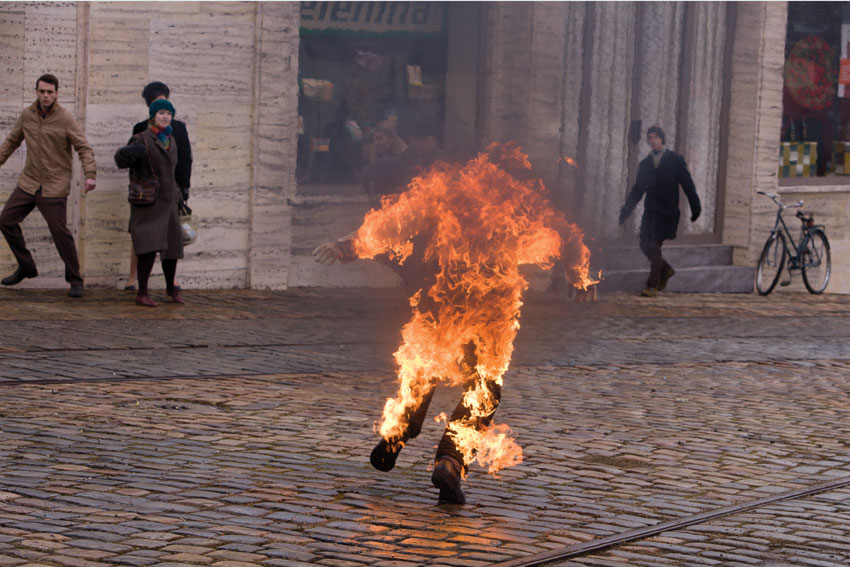 “It does something great TV drama, and HBO drama, does: it surprises the audience,” says Antony Root, the ex-Sony and Granada executive who, since early-2011, has been executive VP, original programming and production at HBO Europe. “The audience thinks this is a film about Jan Palach, but it’s really a longer look at events after his death. It is the first event miniseries produced in the region and the first of what I hope will be a number of them.”

The series will premiere on HBO in the Czech Republic on January 27 and play out on subsequent Sundays, before being shown throughout the region. Root hopes it will ultimately also be seen further afield. “The subject matter is hugely resonant in the Czech Republic and the wider Central Europe region, but this transcends its locality with universal themes of good versus evil and individuals being morally tested. No other broadcaster or premium cable channel would do it.”

With safe, entertainment format-driven schedules, the region’s commercial broadcasters have created a window of opportunity and demand for HBO’s edgier, more challenging content.

“For some reason and despite all of the money the terrestrials have made, they haven’t gone that way and we are in a perfect position to do the stuff they won’t,” Jensen notes. 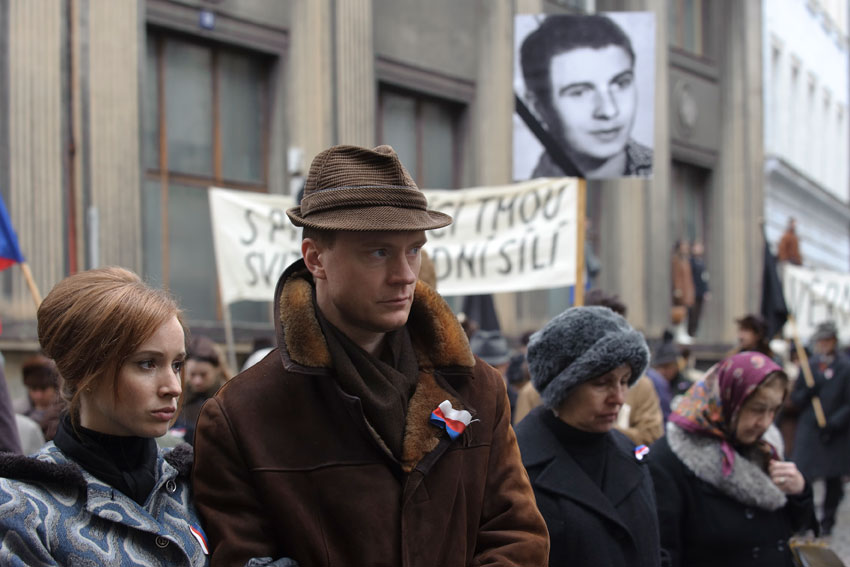 Burning Bush director Agnieszka Holland agrees: “Traditional TV in those countries is pretty weak; it is worse than in Communist times in some ways. It’s very commercial in a primitive way and more ambitious projects are relegated to late at night or don’t happen at all.”

HBO Europe’s original content strategy, meanwhile, is inextricably linked to the launch of HBO Go, the TV Everywhere service that is now available in all of the territories in which HBO Europe operates.

HBO needs to build a catalogue of its own shows in order to provide the depth of programming Go requires. Going against the current trend and not coproducing means that HBO has all rights and can exploit Burning Bush and other originals on Go or any other platform.

“We’ve invested a lot into both efforts and it’s a two-pronged strategy, it’s a way of ensuring that as we move into our digital future, technically and from a content point of view, we are a great attraction for viewers,” Jensen explains. “We need to build a library of local product because that has meaningful added value on HBO Go. Strategically we want to build a library to sit alongside the US HBO content [HBO has access to all of the HBO US series under an output agreement].”

Looking ahead there will be more tent-pole programming and the next wave is already in development. “We already have stuff of a similar stature to Burning Bush in the works in our other markets,” Jensen confirms. 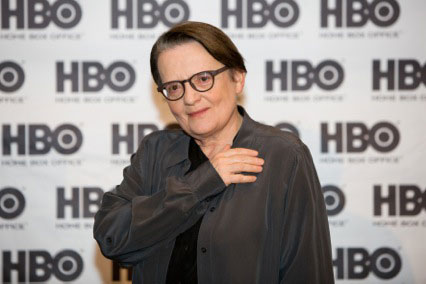 Agnieszka Holland is the Oscar-nominated Polish auteur whose big-screen credits include Europa Europa and 2011’s In Darkness. Her small-screen work is marked by an association with David Simon, creator of The Wire, and she has worked on several installments of that show. When TBI caught up with her to talk about Burning Bush she was in New Orleans working on the finale to another David Simon show, Treme.

Agnieszka Holland’s links to Burning Bush run much deeper than being a director-for-hire. As a student in Prague in the 1960s she saw and was involved with many events surrounding the Prague Spring.

“I have a very direct connection with Burning Bush, I knew some of the real-life characters and was part of the student movement in Prague at that time,” she says. “The project was written by a Czech writer [Stepan Hulík] and developed by two Czech producers [Tomá Hrub and Pavla Kubecková]. I was surprised it could be written by someone in their 20s because it reflects the reality of that time so well. I thought the script was accurate and fresh.”

Although the series is in Czech, Holland says the miniseries will resonate beyond the CEE region with its relatable themes about the human condition.

In an era when filmmakers are moving from big to small screen, Holland divides her time between both mediums. TV was the right platform for this story, the director says: “It allowed us to really speak about the reality of the characters in a more epic way, to show their development and complexity. The best TV is like the great Nineteenth Century novel, it allows you to show the totality of the situation and the miniseries is a very attractive form.”

Having worked for HBO in the US, Holland senses the same creative ambitions at its European division.

She says: “I’m very grateful to HBO in the States for opening up a new avenue for new subjects, writers and directors. HBO Europe is trying to do the same: to create important, ambitious projects rooted in the countries in which it is based.” Holland adds that working with HBO in the US and Europe is a similar experience. “In some ways it is better because it is a smaller structure and it is easier to reach people at the top,” she says.