Peppa Pig to launch in Canada 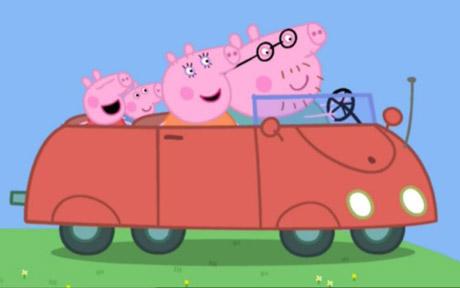 The 24 preschool broadcaster has acquired all six seasons of the animated series, which was created by Astley Baker Davies. It will launch in March 2013.

This is the latest international deal for the British series, which has recently been picked up by Yo Yo in Taiwan, TVB in Hong Kong, Okto in Singapore, Cineplex in Thailand and Disney Jr. in Spain and Italy.

Ted Ellis, VP, programming, kids and family, Corus Entertainment said: “We’re delighted to add this beloved international hit series on Treehouse. Peppa Pig will complement the strong lineup of animated shows on the network and resonate with our audiences.”

Olivier Dumont, managing director at eOne Family, added: “With Peppa Pig proving to be a ratings hit in North America, Canada was the next key territory in our strategy to build a strong international broadcast platform for the property. We’re thrilled to be taking the show to Corus as it is a market leader in the region and its Treehouse channel will provide the perfect home for Peppa in Canada.”