Exclusive: Lifetime tucks into US version of Come Dine with Me

Lifetime is working on a US version of hit format Come Dine with Me. The US cable network has recruited would-be home chefs from the New York area for a pilot. 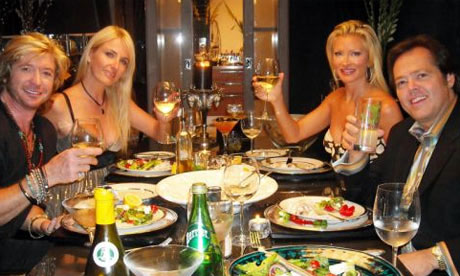 The pilot is understood to have been shot in July and is expected to air on Lifetime later this year.

The dinner party format is distributed by ITV Studios GE.

It had previously lined up a 10x60mins US version of the show with BBC America, the cable channel operated by BBC Worldwide.

That was announced in May 2010, but scrapped the following April in the wake of management changes at BBC America. The cable net said at that point that the show did not fit with its editorial vision.

In Come Dine with Me, amateur cooks make meals in their own homes, competing against each other for a cash prize.

It started out in the UK on Channel Four and has been a big international hit. It is ITV Studios best-selling format and there are local versions in 35 territories. Analysts at Digital TV Research claim it is the most successful format in Europe.

The show has been made in different formats around the world and is often stripped through the week.

However, getting the show away in the US has proved tough. Mike Beale, director of international formats at ITV Studios recently told TBI: “For America it’s an odd show. In the US they don’t really have daily access primetime.”