Ukraine’s talent format Go Dance! to be remade in China 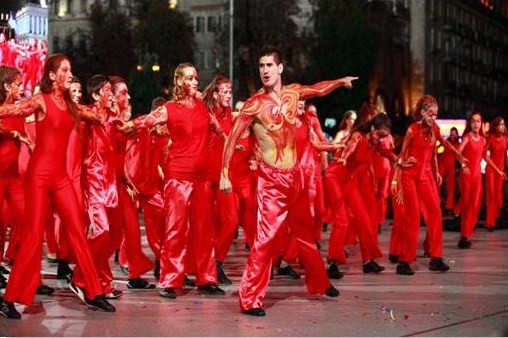 Ukrainian talent format Go Dance! is to be remade in China after Star Media inked a deal with Larry Namer’s Metan Development Group.

The deal is the first time that a Ukrainian format will be produced in China.

Metan Development Group, which was set up by E! founder Namer and former News Corp exec Martin Pompadur, will work with Beijing-based production company Mei Tian Mei Yu to develop a version in Mandarin and Cantonese.

Go Dance!, was originally produced by Studio Kvartal-95 for Star Media-owned broadcaster Inter TV and has run for three seasons in Ukraine. It follows teams of dancers, up to five hundred each, that must compete in a live dance competition.

The format has also been option in the United States with My Tupelo Entertainment, in France with Effervescence and in Norway with Nice Entertainment.

Vlad Ryashin, CEO of Star Media Group, said: “The format shows a good performance in sales to international markets, and I’m glad that this trend persists. The popularity of the Go Dance! is definitely growing. In addition to China, Australia, Sweden, Spain and India have shown interest in the adaptation of the format for their territories. We look forward to presenting the series to all international TV buyers.”