NBC reformatting Up All Night from single-cam to multi-camera 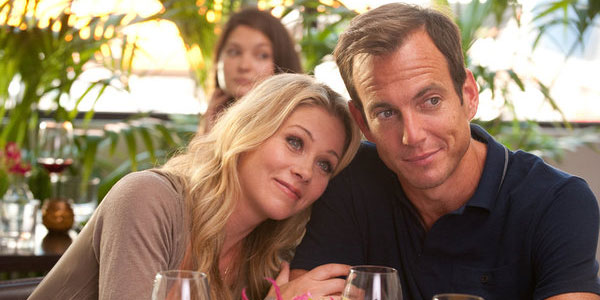 US network NBC is reformatting Christina Applegate-fronted single camera comedy series Up All Night to multi-camera.

This marks one of the first times in recent years that a broadcaster has switched a single camera comedy to multicamera and hasn’t been done successful since season two of Happy Days.

The broadcaster is expected to save up to $500,000 per episode as a result of the transition.

Up All Night, which stars Applegate, Will Arnett and Maya Rudolph, will go on hiatus after its 11th episode, due to air in December. It will then return as a multi-camera comedy with five more episodes to air in April.

Executive producers Tucker Cawley and Emily Spivey will continue to produce the show.

Meanwhile, NBC has passed on the Rainn Wilson-fronted spinoff of The Office. The spinoff – known as The Farm – was in development with Majandra Delfino, Matt Jones, Thomas Middleditch, Tom Bower and Parks and Recreation creator Mike Schur appearing in the pilot, but it will not be in contention for next season.

“NBC has passed on moving forward with The Farm TV show. Had a blast making the pilot – onwards and upwards,” Wilson tweeted.