Jeff Ford: It was my decision to leave, I will stay in TV 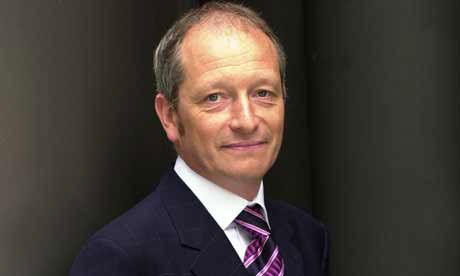 Jeff Ford is searching for another role in the British television industry after his shock departure from Channel 5. Ford told TBI that it was his own decision to leave the Richard Desmond-owned broadcaster and that he would be looking for another job in the business.

“It was absolutely my decision,” he told TBI. “Hopefully, I’m respected enough to get another job in TV.”

The surprise news broke Monday that director of programmes Ford would leave the network in December, although he is expected to remain as a consultant through the New Year.

Ford is one of the most high-profile executives in the British television business and is particularly known for his eye-catching US acquisitions including CSI and Law & Order during his first stint at Channel 5, and Desperate Housewives and Ugly Betty when he was director of acquisitions at Channel 4.

Why did Ford leave Channel 5, a company that he says runs through his veins? Possibly to seek another challenge or possibly as a result of Northern & Shell’s cost saving drive, which it has implemented since it acquired the channel in July 2010 for £104 million. Ford seemed on amicable terms with Northern & Shell owner Richard Desmond at MIPCOM earlier this month as the pair attended meetings with the Hollywood studios and international programme sellers.

Most recently, he acquired Warner Bros International Television Distribution’s remake of 1980s classic soap Dallas, which airs on TNT in the States, as well as hi-tech crime thriller Person of Interest. He also picked up the free-to-air rights to Entertainment One-distributed zombie drama The Walking Dead, which pulled in 1.5 million viewers for its debut, an 8.2% audience share.

Ford was also known for bringing back Big Brother (and Celebrity Big Brother) after striking a landmark deal with Endemol.

“Since the acquisition of the channel by Northern and Shell in 2010, Channel 5 has once again found its voice. I am leaving the brand in a far better place with programmes that viewers talk about and truly engage with,” he said in a statement. “I am proud that we are the only commercial family of channels to have grown our audience share year-on-year and that we have also increased audiences for the main channel across the key demographics including 16-34s and ABC1s.”

He started his career working on attachment in the programme purchasing department of British public broadcaster the BBC before joining ITV as a film buyer and controller of acquisitions at ITV Network. He was part of the launch team of Channel 5 in 1997, where he was initially director of acquisitions and then managing editor, where he oversaw drama commissioning and deputised for the director of programmes. During his first stint at 5, he acquired long running American series CSI and Law & Order and bought major film packages from the studios. “Remember, I’m also the guy that bought Joey,” he joked to TBI last year, referring to the disastrous Friends spin-off that he acquired.

In 2005, he became director of acquisitions at Channel 4 and was responsible for high profile series including Desperate Housewives and The Big Bang Theory as well as Studio 60 on the Sunset Strip and Brothers & Sisters.

He rejoined Channel 5 as part of Dawn Airey’s team in 2008. He was initially managing director of digital channels and acquisitions and was promoted to director of programmes in August 2010, replacing Richard Woolfe.

As well as his acquisitions work, Ford was tasked with developing Channel 5’s original series. His first slate included Candy Bar Girls, So You Think You Can’t Drive and Mexican Food Made Simple. However, in February 2012, he announced that the company was launching its own inhouse production arm and he was in charge of the company’ s ambitious production plans, which included Marco Pierre White’s food format Kitchen Wars.

What will Ford do next?

Ford, 53, remains a popular man in the industry so it is likely that he would be offered another role, either specifically in acquisitions at one of Channel 5’s rivals or in a programme director role. Some industry watchers asked whether he could he be tempted to join a Hollywood studio, given his knowledge of the US landscape.

However, Jeff Ford remains positive. “If not, I’ve got other plans,” he added.

Who will replace Ford?

It’s unlikely that Northern & Shell will make a high profile (and expensive) hire but will more probably hire from within. Kate Barnes, head of digital channels and Steve Gowans, head of factual entertainment, features and entertainment as well as sport, are the key candidates. The other option is that the company doesn’t, in fact, replace Ford at all. A company source told TBI that Northern & Shell is far more experienced in the television business than it was two years ago and that he is unlikely to be replaced immediately with the six commissioners likely to step up and cover Ford’s role.