Broadcasters around the world team for documentary season on poverty 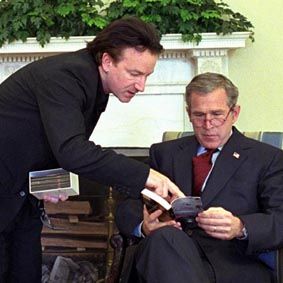 Give Us The Money

Seventy international broadcasters have joined forces and will screen a series of documentary films about poverty in modern society.

The eight docs will screen on the various TV channels next month under the ‘Why Poverty’ banner and will examine what poverty means, and its effects, in the 21st Century.

Commercial channels that will carry the film include Franco-German cultural service ARTE, BNT in Bulgaria and Canal 22 in Mexico.

The group behind the project, Steps International, says the films will be seen in over 180 countries and by 500-to-800 million people

The eight projects include Four Born Every Second, about infant mortality, Give Us The Money, a behind the scenes look at Bob Geldof and Bono’s anti-poverty campaign work and Park Avenue: Money, Power and the American Dream, about one of the richest stretches of real estate in the US.

The other films are Solar Mamas, Stealing Africa, Education! Education!, Poor Us – An Animated History of Poverty and Land Rush.

Why Poverty? is organised by Steps International, an affiliation of broadcasters that jointly commission and produce documentary series. It first came together to produce Why Democracy?, a series of films screened by broadcasters around the world in 2007.