3net, the joint venture 3D channel run by Discovery, Imax and Sony, is launching a production and distribution division. 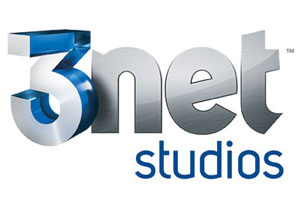 3net Studios will be jointly based at the Sony Pictures HQ in LA and at Discovery’s head office in Silver Spring.

It will “employ a worldwide team of creative personnel, utilising the world-class technology and production expertise of the parent company’s joint venture partners to produce the highest quality native 3D content available”.

The studio will make content in the standard 3D format as well as the super high definition 3D 2K and 3D 4K formats, which offer a much higher resolution. It will also make programming in 2D 4K.

The new unit will be run by Tom Cosgrove, president and CEO, 3net.

He said: “With the industry now struggling to keep pace with the rapidly accelerating consumer demand for 3D programming across multiple platforms – and now with the evolution of 4K – the formation of a world class production studio to help fill both the 3D and ultra high definition content voids became a logical next step in our evolution as a global player in the entertainment arena.”

3net launched its 3D channel in the US in early 2011 and claims to have the world’s largest catalogue of native 3D programming. The channel is carried on DTH platform DirecTV in the US and programmed with factual, lifestyle and kids programming. It has not launched in any international markets.