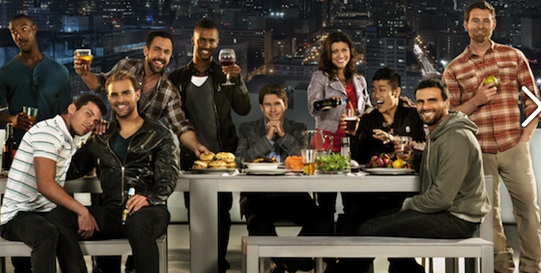 Canadian broadcaster Out TV will also launch the ensemble series, which is produced by Larry Kennar, exec producer of Showtime series The L Word.

The gay drama, which has been described as a cross between Queer As Folk and Swingers, was financed through Kickstarter, where Kennar raised an initial $33,525 to produce 6x30mins.

DTLA, which follows a group of friends living in Los Angeles, also guest stars Melanie Griffith and Sandra Bernhard. It will launch in October.

“It’s a story of love, friendship, loyalty, and being true to oneself – no matter what the cost. It is the first dramatic series with gay leads since Queer as Folk, Noah’s Arc, and The L Word,” said Kennar.