British distributor Electric Sky is coming to Cannes with a number of new titles from Channel 4 and National Geographic. 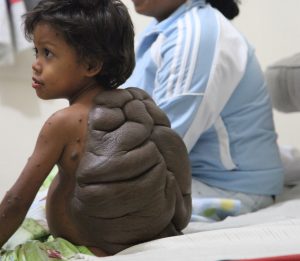 The Brighton-based firm is launching one-hour documentary Turtle Boy at MIPCOM. The title, which is produced by Sundog Pictures for Channel 4 and Nat Geo, follows Didier, a six year old boy with a rare mole condition.

Separately, it is shopping Tipping Points, a six-part doc series produced by Australia’s Unboxed Media. The show, which will air on US network The Weather Channel, Japan’s NHK, Germany’s ARD, Belgium’s Canvas, Holland’s VPRO and The Australia Network, follows a group of scientists who go off grid to explore unpredictable weather systems.