Pay TV’s dual revenue stream model faces a number of challenges that could have a severe adverse impact on it, according to Bill Roedy, former chairman and CEO, MTV International and author of What Makes Business Rock. 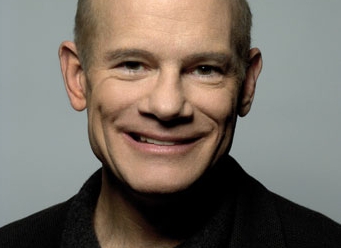 Interviewed by BBC journalist Raymond Snoddy at the CTAM Europe EuroSummit in Vienna this morning, Roedy said that the growth in a la carte, on-demand and OTT viewing could have an adverse impact on pay TV subscription revenues.

The bundling model, which had delivered solid revenue streams to pay TV channel providers, was now facing considerable pressure, he said. “Bundling inherently is a negative consumer proposition, but it’s worked for the industry,” said Roedy.

The advertising business of pay TV channels is also under threat from disruptive technologies, Roedy told EuroSummit attendees. “Advertising on TV isn’t hitting the target audience. Agencies are always the last to respond. The smart box now gives you complete information and there will be a lot more scrutiny,” said Roedy. The use of data from intelligent devices could threaten the advertising business model, he said.

Roedy said DVRs could also threaten the advertising business, in this case in part because no mechanism was yet in place to provide accurate viewing numbers that broadcasters could monetise with advertisers, he said.

Nevertheless, said Roedy, cable had strong advantages and would continue to prosper if it adapted to change. There was room to grow in Europe, he said, where penetration and ARPUs were much lower than in the US.

Roedy said he believed OTT services such as Netflix could struggle as the prices of content accessible to them rose. He said Netflix would find it difficult to compete with established pay TV content businesses. “OTT services are getting into original programming but it’s not easy to produce hits,” he said.