Marvista picks up trio of TV movies for MIPCOM

Producer and distributor Marvista Entertainment has picked up international rights to three TV movies that it will start selling at MIPCOM. 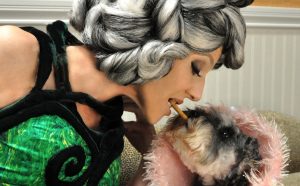 Today’s Special is a romantic comedy starring Aasif Mandvi (The Daily Show) and follows a young chef of an exclusive Manhattan restaurant who rediscovers his heritage through the cooking Indian food.

Language of a Broken Heart is another romantic comedy, starring Juddy Talt (Ghost Whisperer: The Other Side), in a story about a neurotic, best-selling author on love, Nick, who can write eloquently about the subject, but can’t keep girls from leaving him.

Doggie Boogie is a family film starring Jesse Draper (The Naked Brothers Band) and is about Bichon pup, Pijo, who helps his owner achieve their dreams.

“We recognise the appeal to our international broadcast partners and audiences around the world of light hearted romantic comedies and telefilms geared for the entire family,” said Vanessa Shapiro, executive VP, sales, Marvista.