Hollywood studio MGM is to partner with American Idol and So You Think You Can Dance producer Nigel Lythgoe to remake Fame. 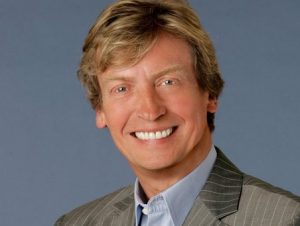 The company is to produce a TV version of the franchise, which started as a movie in 1980 before being turned into a series.

This is MGM’s latest attempt to bolster its television business and in particular mine its library for intellectual property. It follows the remake of classic Michael J. Fox film Teen Wolf with MTV.

“This is a great opportunity for MGM to partner with world-class producer Nigel Lythgoe, whose unmatched experience with telling the true stories of talented people striving for success will set Fame apart,” said Roma Khanna, MGM’s president of television and digital.

“In my lifetime, I’ve discovered a great many incredibly talented individuals. Some have achieved stardom. Simultaneously, I’ve seen many dreams shattered, egos destroyed and lives changed forever. The end destination may well be fame and fortune, but the road to stardom is littered with broken hearts. I look forward to stripping away the glitter and glamour and revealing the true mixture of passion, humanity, exhaustion and sacrifice that these richly talented individuals endure on their road to fame,” added Lythgoe.