When four-hour mini-series XIII-The Conspiracy (2x90mins or 4x45mins) premiered on US network NBC in February 2009, something changed in the English-language drama landscape. Initiated by Paris-based prodco Cipango, now Luc Besson’s EuropaCorp TV arm, it was cofinanced by pay and free-to-air channels Canal+ and M6 and produced with Prodigy Pictures. Based on a comic book by Jean Van Hamme and William Vance, the France and Canada-originated project was an early example of a trend that has taken hold: English-language French coproductions.

Despite an international cast including Stephen Dorff and Val Kilmer, its US-like high-quality production standards and Duane Clark’s direction, the XIII miniseries was not as American as it looked. 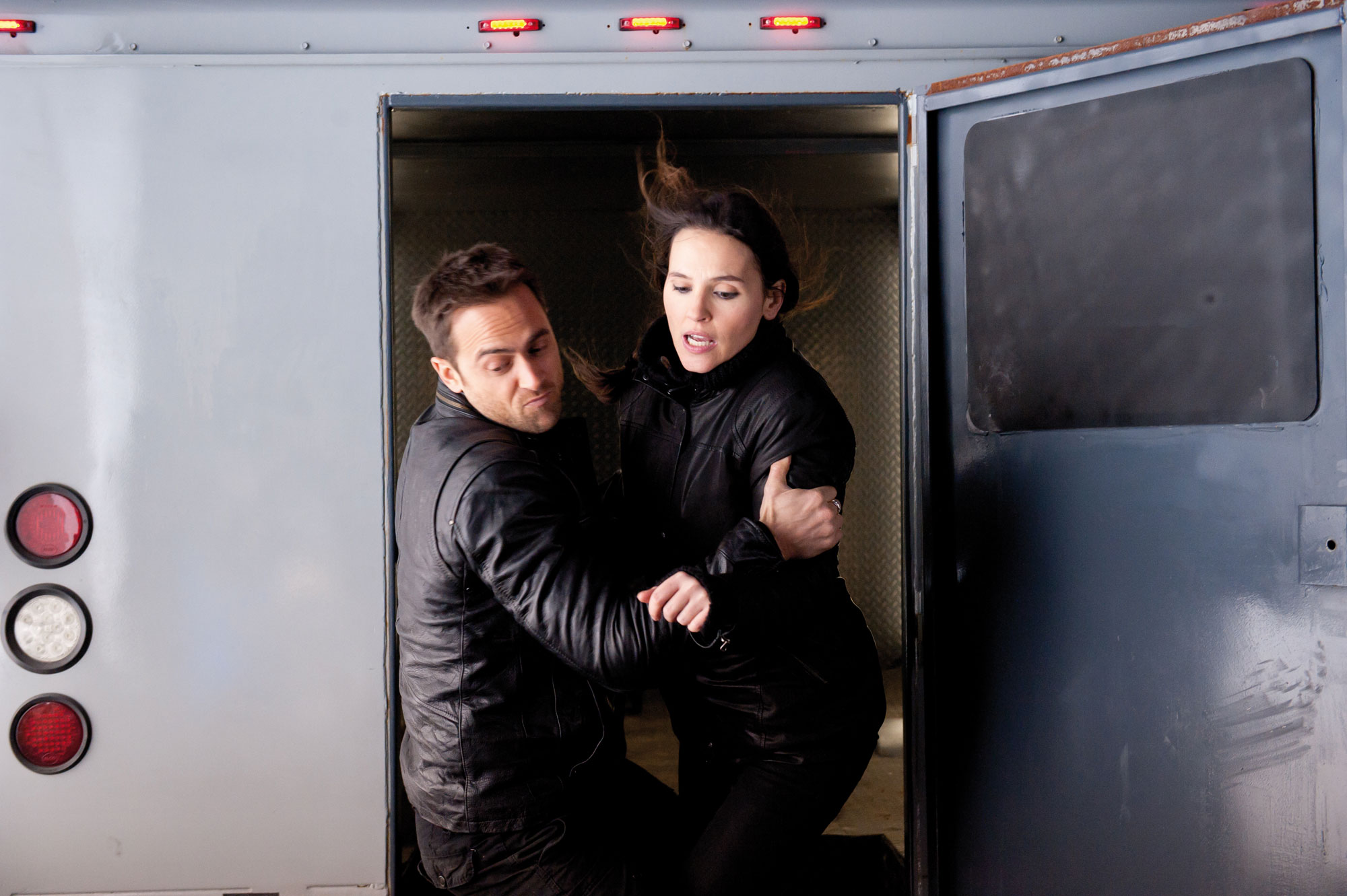 Since then, the XIII franchise has developed into two 13x52mins series starring Stuart Townsend. Shooting of the $35 million second season, created by Roger Avary, started last month in Canada. The series will be broadcast next autumn on Canal+, in 2013 on M6 and on Global TV in Canada and ReelzTV in the US.

“Miniseries XIII marked the first time a Franco-Canadian programme got primetime airing on NBC,” EuropaCorp TV’s co-manager Thomas Anargyros, notes. “It gave a boost to these kind of projects coming from France and a new credibility to French producers.”

Lagardère’s Atlantique Production also initiated Tom Fontana’s 12x52mins event series Borgia, which has been sold into 40 countries including to Neflix in the US. The Eos Entertainment and Etic Films copro premiered on French pay TV channel Canal+ last autumn and has been greenlit for a second season. The budget on the new series, on which shooting starts this spring, will be higher at €28 million.

The team also inked a deal with QVF in Canada for The Transporter: The Series (12×52’), based on Luc Besson’s movie trilogy. Starring Chris Vance, Delphine Chanéac, François Berléand and Andrea Osvart, the €35 million copro has been pre-acquired by M6, RTL Germany and Cinemax in the US. EuropaCorp handles international sales.

Several significant factors explaining the soar of French copros shot in English. Professionals agree the success of US series such as House, NCIS and CSI in primetime on TF1, M6 and France Télévisions, have familiarised French viewers with a US narrative rhythm and storytelling and given them greater expectations of high-end production values.

“France is the only country in Europe where US series are dominating primetime slots, with episodes broadcast back-to-back,” producer Steven Bawol comments.

According to a recent Mediamétrie study, fiction is the most popular genre on French TV, constituting a quarter of the line-up and representing 26.8 % of the TV viewing.

“At the same time, production rules have changed and allowed English-language productions to be taken in account into European production  quotas,” Takis Candilis adds.

French producers are favouring two kinds of copros: one within Europe, and the other with Canada given the specific Franco-Canadian mini-treaty in place. Both help them to access US and Anglo-Saxon talent looking to work with French and European partners.

However, the surge in English-language French drama mainly comes down to the creative rebirth of French fiction in the last five years. As the French public questioned the traditional 90-minute format, new comedies, historical, political or police one-hour series were launched by Canal+’s Original Creation label just as other channels were opening up to English-language series.

Meanwhile, titles such as Son & Lumière’s Spiral, sold to the BBC, Capa’s Braquo, which has a US remake pending and access primetime shows including Kabo’s Scènes de Ménage have been working well in both France and the international market. The next logical step was then to launch big-budget international series in English.

“English language is not the future for French drama series, but it is part of the French production industry’s future, as a way to diversify towards ambitious and worldwide programming, and to help the French television sector gain more influence and increase exports of French fiction,” Takis Candilis explains. “The average cost for French domestic primetime series is less than €1 million per hour, while US series amount to $3 million. We can’t rival that, but we can team with partners and find new ways of financing such as tax shelters, tax credits and multi-platforms deals.”

This new dimension for French series owes a lot to Canal+, which has been involved in all of the first wave of English-speaking productions. Coproducing miniseries Carlos with Films en Stock in five languages was an international calling card while the Borgia battle, with it pitched against US cable net Showtime’s The Borgias, gave it added credibility.

Premium pay TV channel has a significant place in the psyches of French broadcasters. Mindful of the success of HBO, Canal+ has deliberately orientated its editorial line towards sport, movies and original drama. It broadcasts 50 hours of original fiction each year, and in the last five years the investment has increased five-fold. French series including Braquo or Maison Close are now getting the same audience share as US series among subscribers. Out of a €40 million budget a year, €25 million is devoted to international copros. The amount Canal+ will put in depends on the project and the number of partners. On Borgia, for example, it stumped up 40% of the budget. The broadcaster will now spend  €2.5 to €3 million per-hour on its epic TV series.

“English-speaking fiction is important to us. We plan to produce two 12-hour series each year, and have built up very close relationships with major North American and European prodcos and  broadcasters,” says Fabrice de la Patellière, the exec in charge of Canal+ Original Creation. “Canal+’s aim is to lead and share values on strong artistic projects, so we avoid teaming up with more than two or three partners.”

Canal+ is  currently working on 10 new projects from various French prodcos. These includes Versailles, a €2.5 million per episode 12-hour drama series developed by Capa Drama and Zodiak Media Group’s Marathon Images. Supervised by TV exec Anne Thomopoulos, a pilot has been co-written by Mad Men writers Maria and André Jacquemetton. The partners are looking for international finance with a view to entering production this year. The series will take place at Louis XIV’s court, at the beginning of the construction of the Palace of Versailles.

For EuropaCorp TV, showrunner Jed Mercurio (Bodies) is developing The Lost Patrol for 2013, a drama series  mixing Lost and WWI.

There is also The Oligarchs. Associate director Eric Rochant (Mafiosa) and former Canal+ exec Alex Berger are working on the series, which is set in the world of Russian billionaires. The €20 million project, currently repped by CAA, will be produced with a US partner and penned by American screenwriters.

While Canal+ is the go-to partner for French-based English-language drama and the clear market leader, other French networks are starting to get involved in international copros – although it is not a subject they like talking about. TF1, France Télévisions and M6 will not comment on their strategy. France 2, bizarrely, argues that it is “too early” to talk about upcoming series Death in Paradise, which the BBC  said will go to a second season. And M6, which intends to air a smaller number of US series in primetime, says it has no staff authorised to talk about English-speaking copros. TF1, meanwhile, has said it has a development deal with EuropaCorp Television designed to “complement its French fiction policy”.

International groups are, meanwhile, looking to France for potential partners. 4Rights is developing a US remake of Canal+’s Lincoln TV-produced series Pigalle, La nuit with Steven Bawol’s Helion Pictures, which will be set in the Moscow underworld. The 12 hours series will be penned by Dexter creator James Manos for delivery in 2013. 4Rights is also talking with Lagardère about a costume drama set in the post-French Revolution era. “Given the new quality of fiction programming, French drama has become attractive as a source of scripted formats and France attractive as a country to coproduce with,” 4Rights’ development manager Dominic Shreiber says. “Alongside Scandi drama, there is huge interest in French drama right now.”

All it takes now is for the French equivalent of The Killing or Wallander to become a global hit and we can justifiably talk about French fiction in the same tones currently reserved for Scandi projects.

What is certain is that with Canal+ leading the charge, French English-language drama is increasingly in vogue.